“Equality is the soul of liberty; there is, in fact, no liberty without it.” 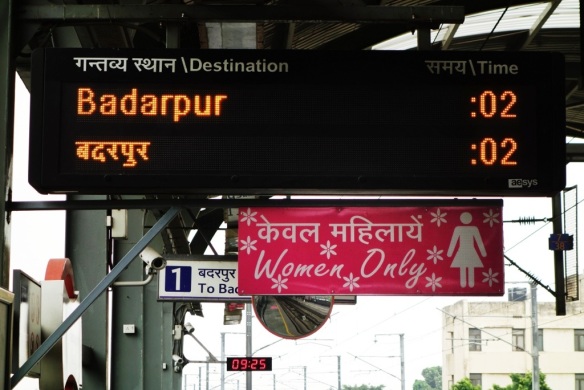 My stomach churned as I stepped out of the Delhi airport and into the muggy air that assaulted me. It was 2 o’clock in the morning, and after two days of flying I had finally arrived in India. I was more than just slightly nervous. Biking in the U.S. had turned out to be easier than I had expected, but I knew l was entering into a whole different world. India is in many ways a cyclist’s hell. With over 1.2 billion habitants, it is extremely crowded and the streets are filled with scooters, rickshaws, dogs, and people. It is hot (high 30’s or low 40’s C), but it’s the 95% humidity that makes it difficult to breath, never mind move. And to top it off, the air quality here is one of the worst in the world. It’s not the heat, chaotic driving, disease, or living conditions that worry me though, it’s the fact that I am a single girl trying to survive in a man’s world.

Unfortunately the devaluation of women is a current reality in most of India. According to the Human Development Index (2013), India is rated second worst, after Afghanistan, when it comes to gender equality, and a shocking fourth worst in the world. This means India is worst than Pakistan, Bangladesh, and most of Africa in terms of living conditions for women, something most of us from the west don’t realize. Women are viewed as the weaker gender, and are automatically considered to be of a lower social status. In many parts of the country women are discouraged from seeking education (there is a stark contrast between men and women’s literacy rates here), and a despairing percentage of the population has been abused and/or raped. Since women are viewed as a burden (and an expensive one at that since a dowry must often be paid) there are now a disproportionate number of men to women living in this country (913 women for every 1000 men) since gender based abortions and the murder or abandonment of baby girls is a tragic, but not unheard of practice. In the last few months some of these issues have come to light due to high publicity rape cases, which has led for a push for stricter laws, but in the end, it’s the patriarchal mindset that needs to change if India, and especially Delhi, is ever to become a women friendly environment.

Delhi, where I have been staying the last few days, is at the heart of this inequality. There are 17 million inhabitants in the city, and it feels like 98% of them are men. There are no women taxi or tuk-tuk drivers, no women selling street food, and hardly any women walking around (and if they are, they are usually with men). In many parts of the city it is not uncommon for women to be groped as they walk by, and it is never an option for a women to be out after dark. At the metro I noticed a bright pink sign labelled, “women only,” indicating the car that the women should ride in. Though it is thoughtful they have provided the safety this separation brings, it is sad that it has become necessary.

I am lucky enough to be staying with some friends of a couple I met early on in my trip (in Washington) who live in an affluent and safe neighborhood in South Delhi (also referred to as New Delhi). Though the men often stare rudely as I walk by, I have not felt threatened nor scared during my stay. I will be sigh-seeing for a few more days in Delhi before heading off to Ladakh, the only region in India that does not have such awful living conditions for women. The mountainous region is mainly Tibetan Buddhist, and is comprised of a noticeably more equalitarian society. Delhi, though awful in many ways, is an eye-opening experience for a young gal raised in a modern western family where equality was a given. I have always taken for granted the fact that I received the same education as my brother, that I was allowed the same opportunities in sports, a career, and everyday life, and that I never felt uncomfortable walking down the street. Here though, it’s a whole different world.