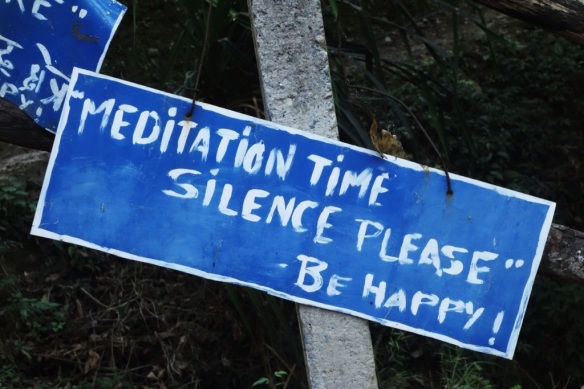 Meditation is not for me. At least that is what I found myself thinking at the end of day four as I fell asleep on my knees, exhausted and in physical pain, during the last hour of meditation. I had just spent the day sitting on a cushion supposedly concentrating on my breathing, but in reality, all I could think about was how much my hips, knees, and lower back hurt. And I still had six more days to go. Quitting wasn’t an option, I am too stubborn for that, but I certainly couldn’t figure out why everyone has always had something positive to say about vipassana, a ten-day silent Buddhist meditation course. Granted, the food was delicious, but still not quite worth getting up at four a.m. every morning to start a full day of fidgetless sitting (well, as fidgetless as I could manage at least).

Day five. Half-way done. Meaning it was time to really start trying. Though I had been following all the rules; arriving to meditation on time, maintaining noble silence (not just no talking, also no eye contact or acknowledgement of any kind to the thirty or so other students present at my course), and not eating a meal after eleven a.m., I was also letting my mind wander freely while we were suppose to be concentrating on our breathing and the sensations we experienced throughout our body. So I decided it was time to give meditation a real try, and by day eight, everything seemed to come together. I could finally sit through an hour long meditation session without moving or changing position, I had plenty of new ideas about religion, God, and how I want to live my life, and most importantly, I could finally feel small sensations all over my body since my mind had quieted down immensely. Of course it wasn’t perfect, and I often felt like a meditation failure when I realized how often my mind wandered away from what I was suppose to be doing, but there were an increasing number of successful moments as well.

When you arrive for vipassana you are asked to give up all of your possessions and in a way your identity, as you are to follow their strict rules throughout the next ten days. You are also asked to put aside any rituals or religious practices you usually partake in so that you can give this technique an earnest try. You live as a Buddhist monk for these ten days by living off of the charity of others (there is no charge for these courses, they are all run solely on donation), abstaining from sexual activity, and maintaining noble silence throughout your stay. From 4 a.m. until 9 p.m. you meditate silently with breaks of about five minutes every hour or two, and a two hour break for breakfast and lunch. Then in the evening there is an hour long dharma talk which first covers the technique of vipassana, and then shifts to discuss the core beliefs of Buddhism. Even as an atheist I could relate to these discourses as they eliminated the fluff most people concentrate on while dealing with religion and instead spoke of living a compassionate and loving life free of attachment. It was a non-sectarian approach to teaching morals, and pointed out that you not only benefit others but yourself as well as you become much happier by living this type of life.

Vipassana attempts to rewire your brain by changing the habit patterns of the mind. Of course this is not something done overnight, but rather throughout a lifetime, so vipassana is just the first step. By implanting these ideas of compassion, love, and happiness, it creates new synapses throughout your brain, which, with practice, will lead to good habits. It is one thing to understand the Buddhist principles (which happen to be the basic principles of every religion), but it is another to experience it personally through meditation. The goal of vipassana meditation is to acknowledge the pain or pleasure you are feeling throughout your body without any type of attachment (craving or aversion). Then, you will hopefully create good habit patterns of detachment and compassion in your mind that you can take with you into your day to day life.

Vipassana is hard. It is hard to only sleep six hours a night, eat two meals a day, and sit for twelve hours on a cushion for ten days straight. But it is an experience everyone should go through at some point since the positive outcome of a lifetime far outweighs the hardships you endure during a few days. I have come out of it with a new outlook on happiness and compassion, and though I don’t plan to spend twelve hours a day meditating, I do plan on putting what I have learned throughout this course into my every day life.

On the eleventh day we were allowed to talk, and the happiness and giggling that went on after ten days of serious silence was quite a sight to see! 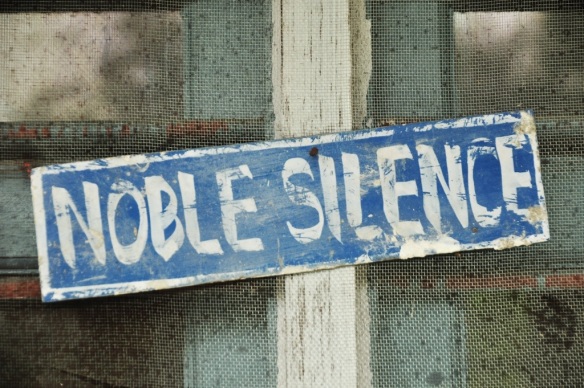