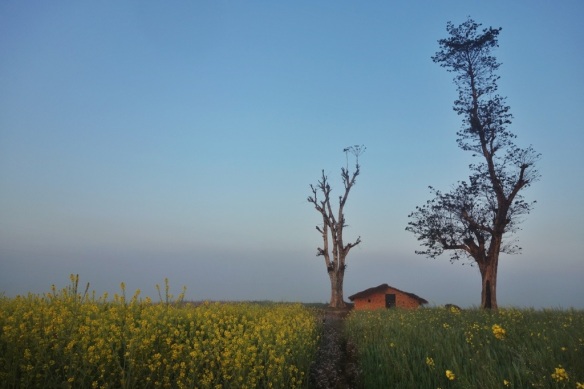 Nineteen hours of sitting on the bus and a full twenty-four hours of sleepless travel later, and I’m finally here in far Western Nepal. Besides that vague description, I actually don’t have a clue where I am. Far Western Nepal is a foreign land even to the Nepalis themselves. Delhi, the capital of India, is closer than Kathmandu to this region which results in it being left out politically and even physically. In fact, until the mid 1990’s when the bridges and highway were finished, this section of Nepal was completely cut off from the rest of the country during the monsoon season every year. Guide books, which cover every other section of Nepal extensively, put in just a small paragraph saying it is a remote region that lacks facilities and is virtually unexplored. And the Lonely Planet wastes no time adding that it is a very dangerous region, controlled by the sporadically violent Maoists, and should be avoided. To be honest, I am very glad the guidebooks have such a hilariously inaccurate description of this area as it has kept it tourist-free, a hidden gem in a country which relies so heavily on foreigners.

This area is renowned for its foggy early mornings which I have come to love. 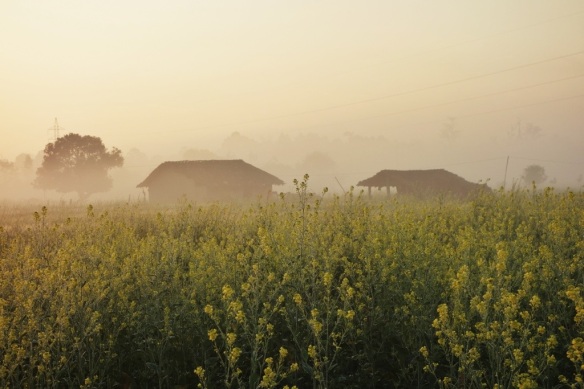 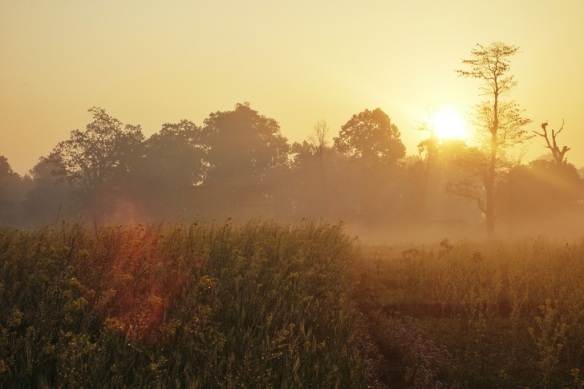 I took the bus to the Indian border and then started to walk back. There were hardly any cars even though this is the only road that comes through this part of the country. There were cyclists, cows, and people walking, as well as the occasional motorbike and bus. Within a few minutes I had a multi person escort, curious villagers who wanted to see who I was and ask me why I was not taking the bus. After about two hours of walking a police officer pulled over to ask me what the problem was. No one seemed to understand and that I was walking because I wanted to walk, not because I couldn’t catch the bus. A passing motorcyclist offered me a ride and I gave in, I was drawing too much attention and my peaceful walk was not so peaceful anymore. He brought me to the nearest “hotel,” a restaurant with two rooms upstairs (that Nepalis sometimes rent out) and then volunteered to take me up a dirt road seventeen kilometers out of town to visit a temple and a small lake. 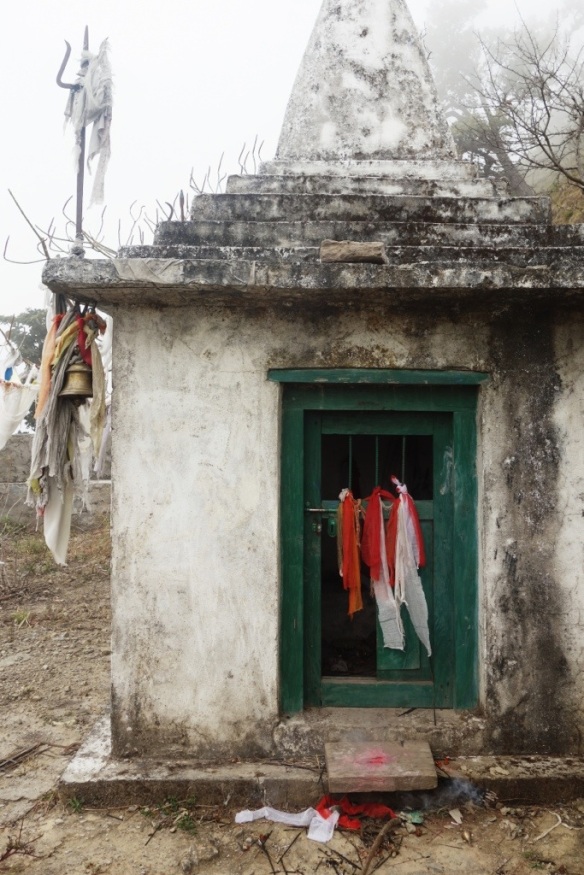 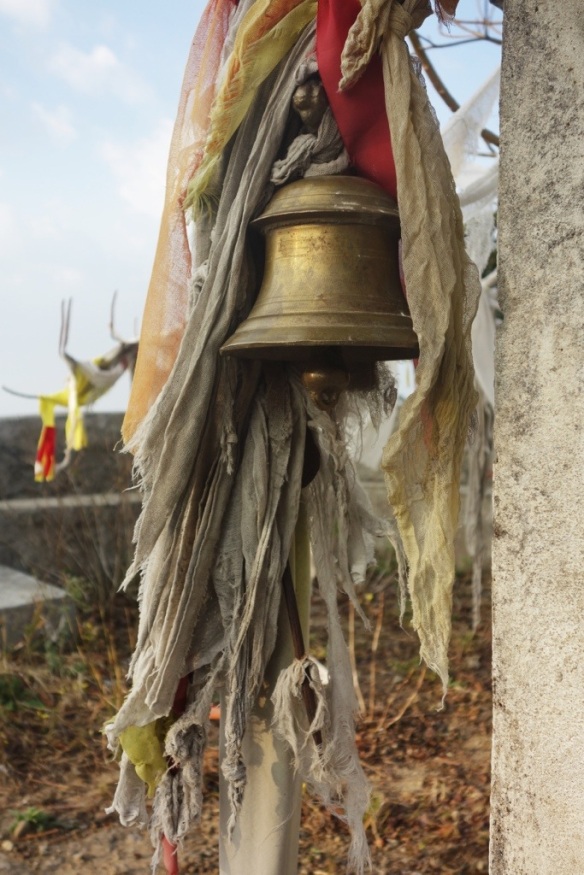 What I thought would be an hour long excursion turned into an all day adventure. There was a group of school children on a class picnic at the temple who were frightfully excited to see me. They were from an English medium school a few hours away, and one of the girls proudly stated that by talking to me she had just fulfilled one of her dreams, to speak with an “American” (meaning western, much to the Europeans dismay, they call all westerns “Americans” here). Though I have grown to despise all the attention I draw as a westerner, I much prefer when it comes from children rather than men!

We then returned to the motorbike for a crazy two hour climb to the top. It was a small rough unpaved road, one of the worst roads I have ever seen. When we reached the top and looked down and over the other side if was absolutely stunning. I could see a few small mud hut houses that made up a village on the side of the hillside. Down below me on the road there were two women and a man walking their buffalo, and I could hear a herd of goats to my left on the cliff. I felt like I was watching a film as I watched life proceed down below, it was like nothing I had ever encountered before. On the way back down I realized I had a plan. Instead of continuing farthing along the highway, I would catch a local bus (which, to my great surprise, apparently manages to make it to the top of the hill on the rocky unpaved path) and head on through the foothills of far western Nepal. I was watching from above life in one of the most rural areas possible, with no water, electricity, or technology. I didn’t want to just watch life there, I wanted to be part of it. 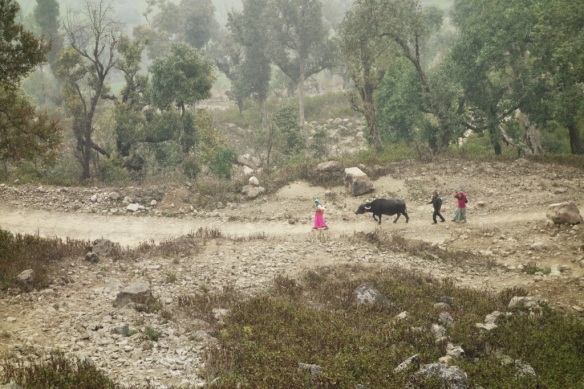 I returned for one night down below in the plains where, in the morning, the principle of the local school came to find me and offer me an English teaching position at his school. I then headed up and into what would easily become my favorite part of Nepal. 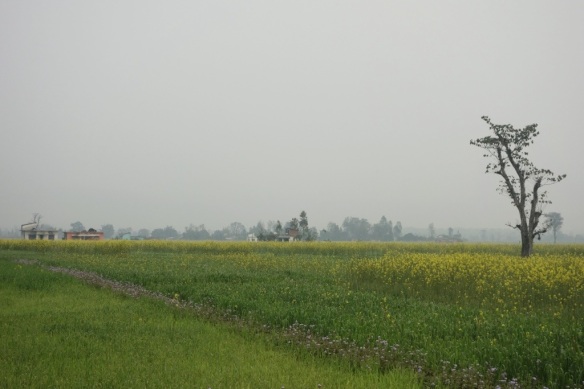