“…How do you catch a cloud and pin it down.” 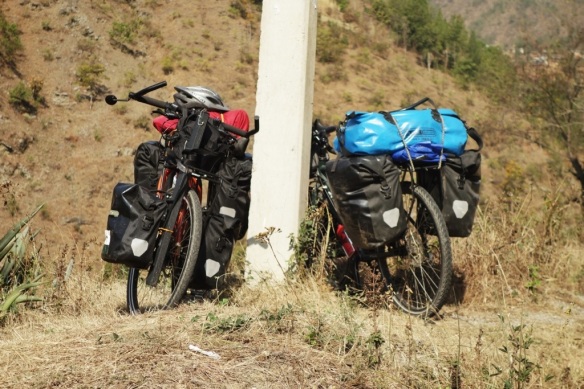 Leaving Kathmandu was hell. It was busy, complicated, and represented everything I have grown to hate about cities. About an hour in Kevin turned around and grinned at me as he exclaimed, “this is the coolest thing I have ever done.” Though I was becoming increasingly frustrated with the maze we were trying to extract ourselves from, I had to stop for a moment and remember that this really is the coolest thing I have ever done. That even if I am momentarily annoyed at the cars, dust, and people, there is still no where else I would rather be. The day steadily improved as Kevin and I soon found ourselves cycling up and down through the foothills of the Himalayas, surrounded by more farms and goats than cars. It was our first day cycling together, and though he was faster than me on the up hills, I could usually catch up on the downhills and flats. Overall our riding seemed very compatible. 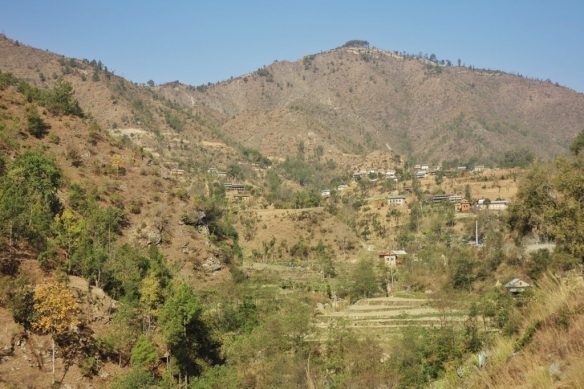 Though I have been on the road for nearly nine months, with Kevin’s arrival, I feel as if I am starting a whole new trip. I am able to relax, as I am no longer constantly worried about my safety, and most importantly, I finally have someone to share my adventures with. With this new beginning I have also changed a few other things. I have decided to cycle barefoot for starters. Well, not completely barefoot (though that may happen eventually) but with my barefoot running shoes. Though the clip-on cycling shoes I had been using served me well as I cycled the American coast, the bumpy roads here make it slightly scary to cycle clipped in. So far I have absolutely loved my new set up as they are extremely comfortable and let my foot breath, and happen to work wonderfully as water shoes as well. Another change is the fact that I’m now packing around extra kilos, and not kilos of stuff. During my last sedentary months I have steadily been gaining kilo after kilo (and not in muscle!) which I can unfortunately feel quite acutely as I cycle. Luckily that’s something a few weeks on the road will easily cure! 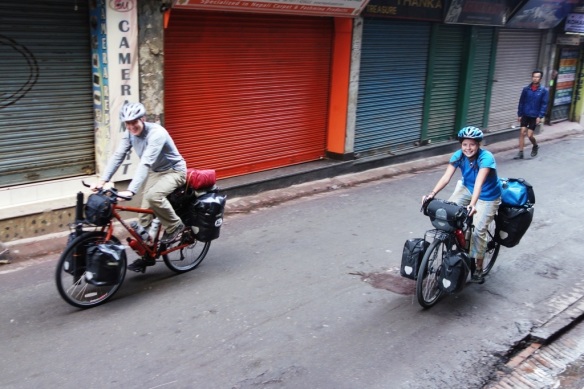