“Life is really simple, but we insist on making it complicated.”

Kevin and I decided to rent a scooter for the day in order to visit the famous monasteries in Ladakh surrounding Leh.

Hemis is said to be the most important (wealthiest) and most famous monastery in Ladakh, which is saying something considering that the region is scattered with monasteries. In fact, most villages we passed through on our way to Leh where built around the monastery of that region, and often the remains of ancient ones still remained next to the ones which have been rebuilt.

My favorite was Thiskey because of how it enveloped the whole hillside. It is said to be the largest monastery in central Ladakh, and like many of the others, it is from Tibetan Buddhism. 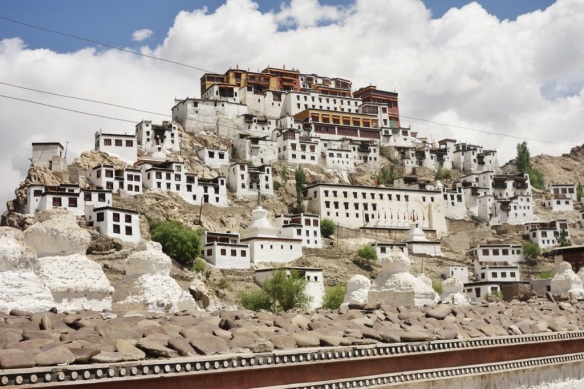 We have often wondered how monks get money as we always see them with their smart phones in cafes and restaurants. By visiting a handful of monasteries in the region, we realized that the monks, at least here, are strongly supported by tourism. Most of the monasteries had a restaurant or hotel attached as well as a souvenir shop, and often to visit certain rooms there was a fee. 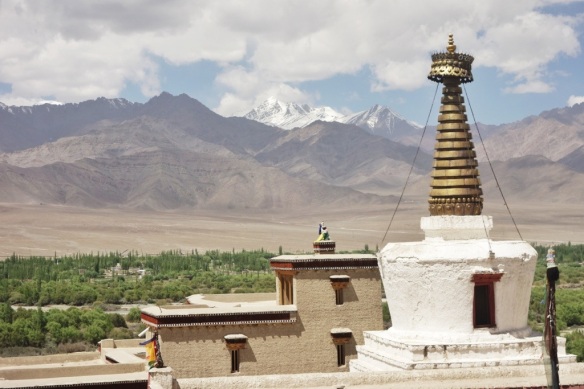 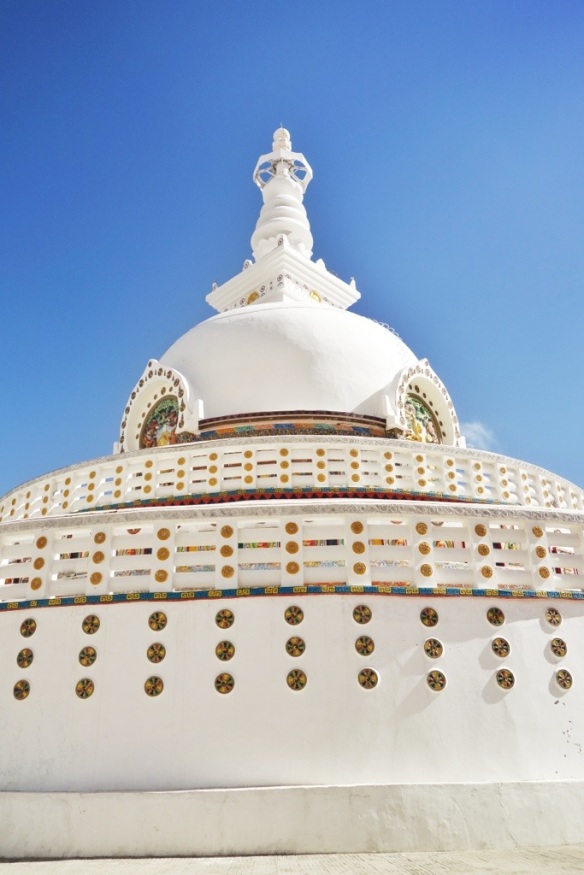 Visiting the surrounding area also afforded us great views of Leh, the capital of Ladakh. Ladakh literally means the land of many passes, and rightfully so, as this desert area is only populated right besides the river where the population has created a beautiful green valley through agriculture. During the thirteenth to fifteen centuries Ladakh was invaded heavily from Muslims, but instead they turned towards Tibet and continued to remain a Buddhist dominated area. Today 80 percent of the region remains Buddhist, while the rest is compromised of Muslims. 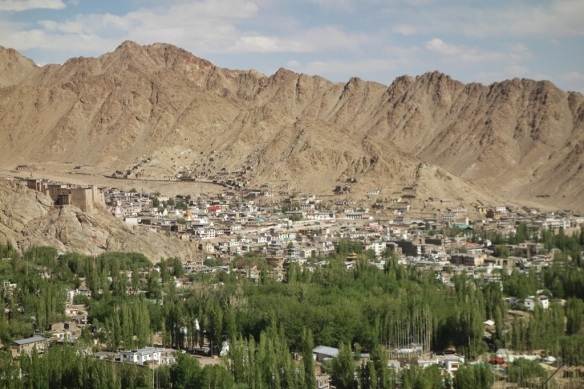 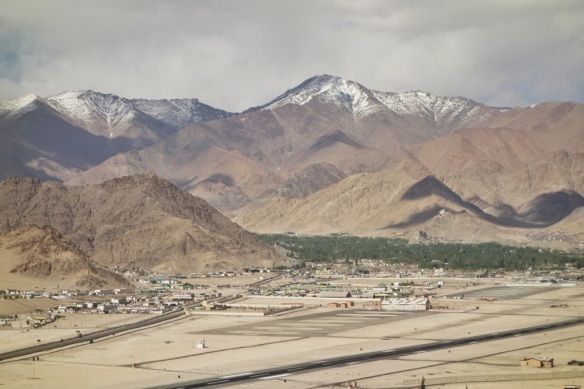 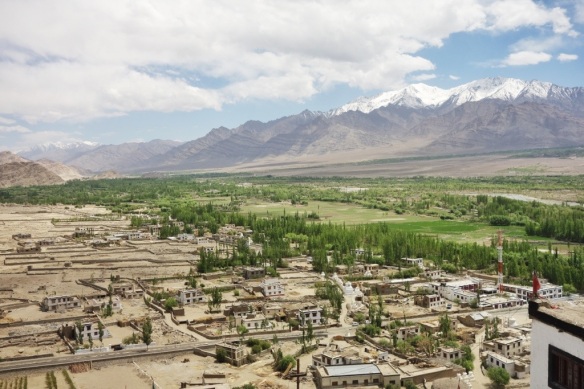 4 thoughts on “Monasteries and Monks: Ladakh”