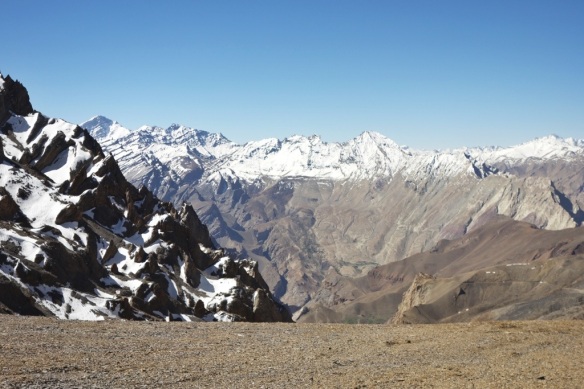 Everything is laborious. It’s either too hot, or too cold. And every three steps you find yourself completely out of breath. That, in short, is what living at altitude is like. Though it sounds nothing short of miserable, and more often than not is, I have definitely felt the pull towards trekking, climbing, and cycling at altitude since my first taste in South America (LINK CLIMBING). After cycling and trekking over 5,000m this trip, I have decided that I enjoy walking up much more than pedaling, but that the descent on a bike is obviously a lot more fun than the treacherous walk down.

Just before climbing our first pass situated at 5,000m, we set up camp right next to this shepherds hut. These huts, which we have slept in or beside before, are all over the mountains and are usually simple rock structures, often without roofs, which protect you from the wind if nothing else. 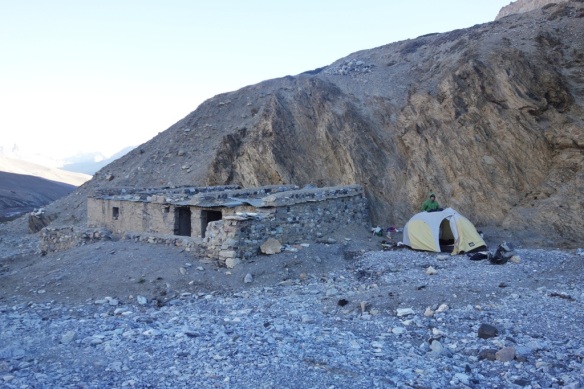 Though we had been slowly gaining for a while, we left the last 600-700m of elevation gain for the morning when we were fresh. 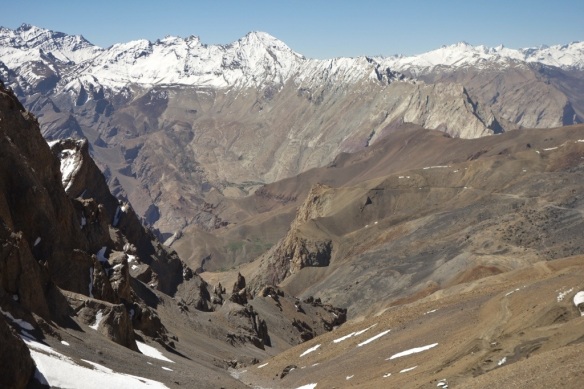 There was obviously still some snow left… 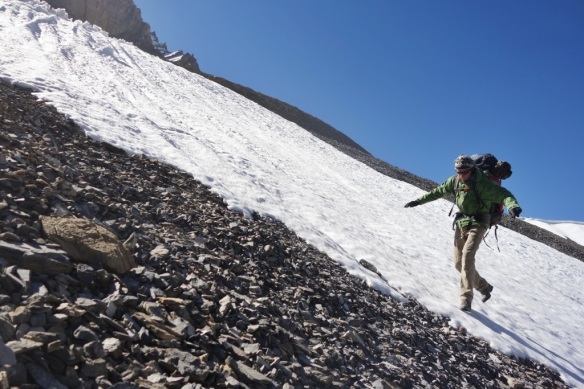 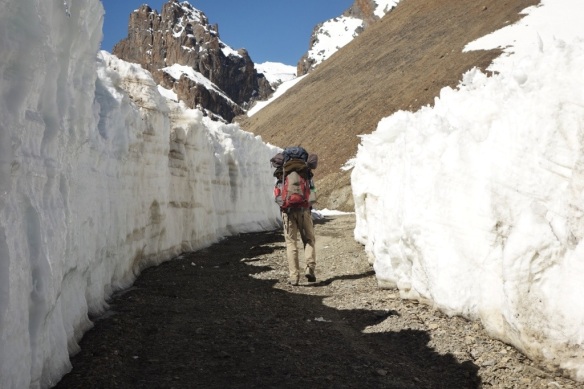 We were very surprised to find the road continued up and over the pass, though I doubt it gets used more than a few times every summer. As trekkers, the dozens of switch backs would have been horrible so we opted for a more straight up route instead. 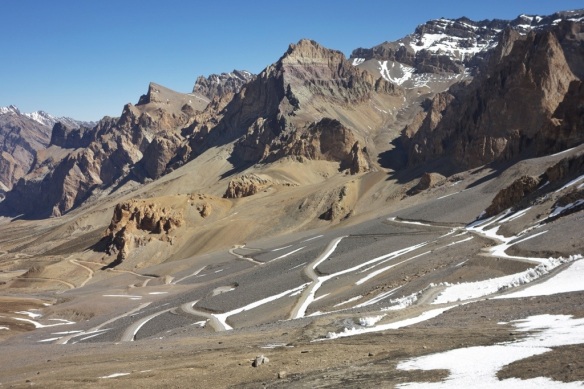 Like on top of any pass here, there was a stumpa decorated with prayer flags waiting to greet me! 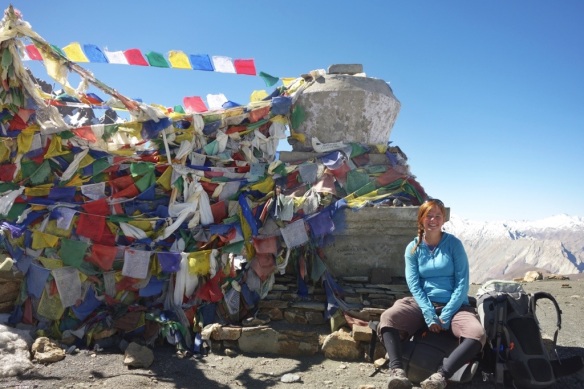 At the top there was also a small shack which held two prayer wheels which have obviously been there for many years. Just imagine carrying those up on your back! 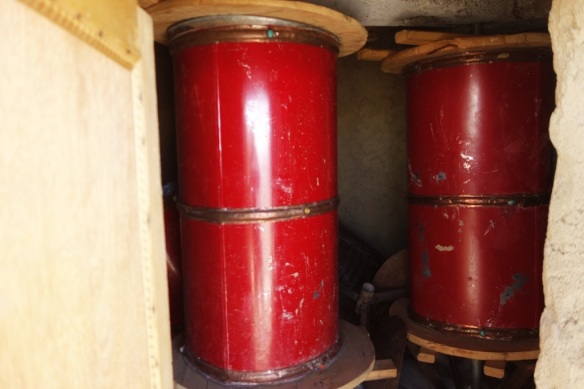 It’s always nice to look behind you and realize that you won’t be climbing up that again. 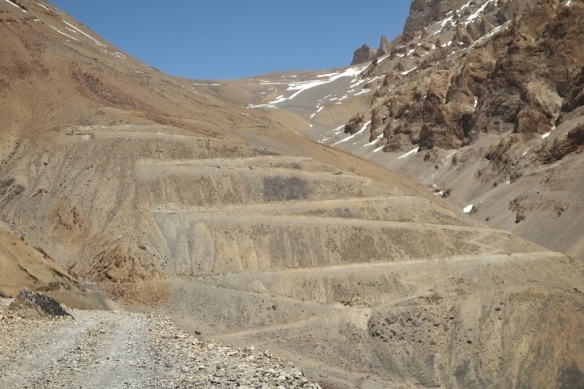 Of course, that is until you realize you have spotted pass number two (yes, that huge mountain range to the right is what I’m talking about). 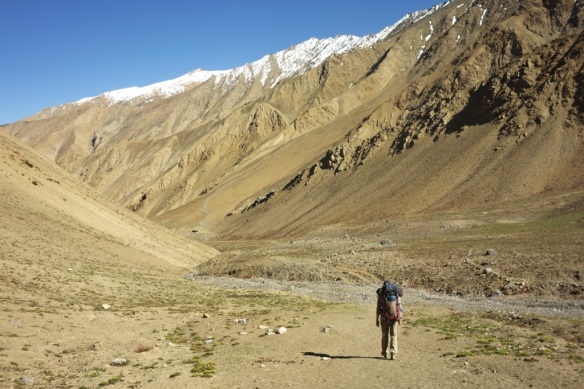 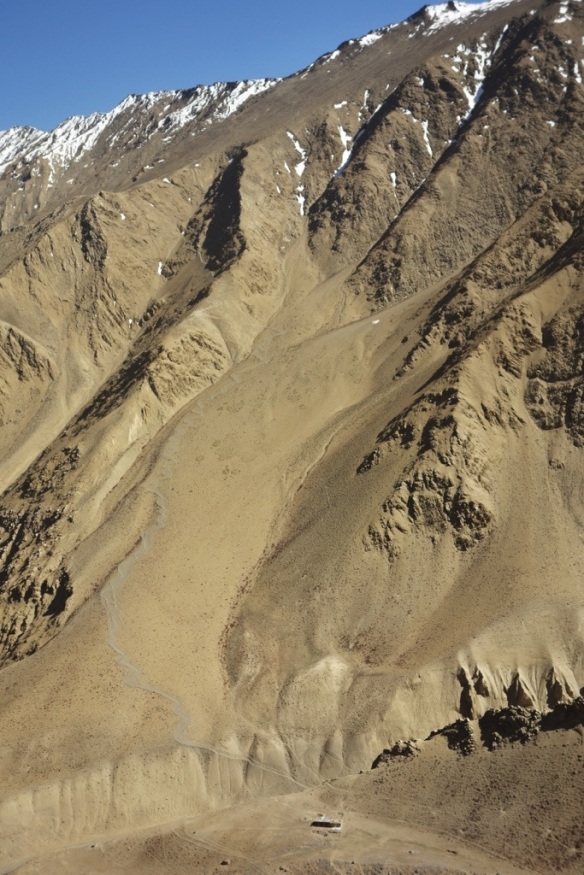 What about on this one (pass number three)? 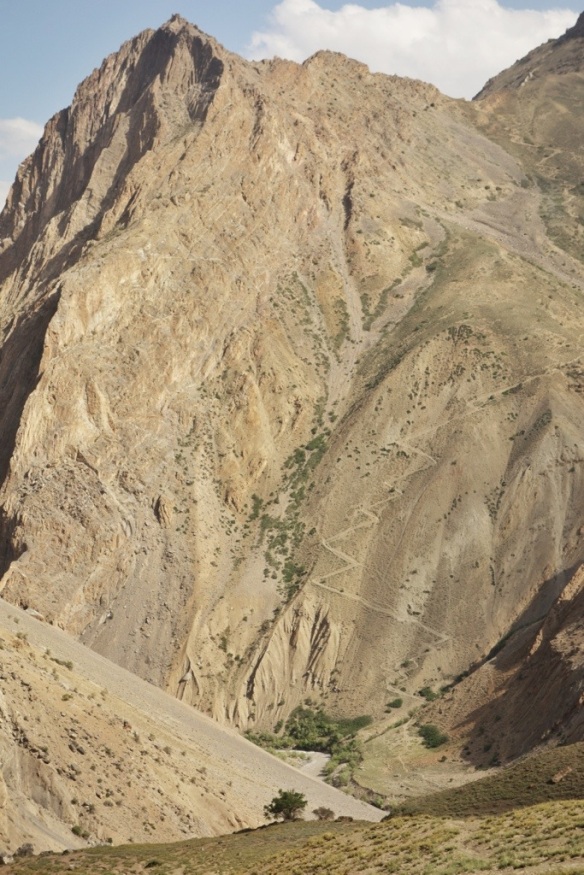 Ironically enough it wasn’t the passes themselves which were the most difficult, but rather the numerous ups and downs (often gaining and loosing at least 500m of elevation at a time) which took place between these climbs. When you see a pass ahead (notably the switchbacks which often come along with it) you are able to prepare yourself mentally for a slow but steady trudge to the top. With the smaller more frequent ups and downs though it is mentally and physically exhausting, not to mention frustrating because often you have to dip down, and then right back up, due to a river you have to cross or an impassible rocky ridge. Seeing your goal on the other side at the same elevation you are at but with a huge drop and then climb up in front of you is hard.

4 thoughts on “Life At Altitude: Trekking Through Ladakh”