“When the spirits are low, when the day appears dark, when work becomes monotonous, when hope hardly seems worth having, just mount a bicycle and go out for a spin down the road, without thought on anything but the ride you are taking.” 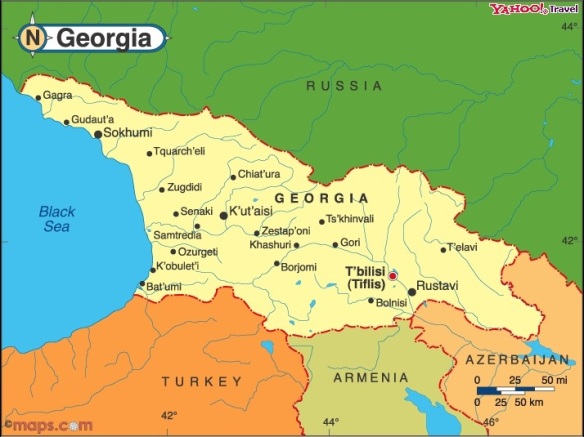 If you are anything like me you can probably hardly even place Georgia on a map (to the east of Turkey, south of Russia, north of Armenia) unless you have already been there, so a little history lesson is in store before we enter into this beautiful country. As a small country of five million inhabitants Georgia is a predominately Eastern Orthodox Christian country which is filled with vineyards, beautiful old churches (due to the fact that they adopted Christianity very early on, in the fourth century), small farming villages, and mountains. The Caucasus, which run down from Russia, host a range of peaks over 5,000m and an array of different national parks and beautiful landscapes to go along with it.

Georgia, which has a long history of domination from different empires, gained its freedom in 1991 from the Soviet Union though the country experienced civil unrest and an economic crisis until the rose revolution in 2003 when a new government was introduced. These new reforms have brought about an incredible change, and though the median income (450$ a month, much higher than the 200$ a month it was a decade ago) is still lower than most of Europe, Georgia now has one of the fastest growing economies. Though tourism is starting to play an increasing role in their economy (a whole lot of Polish tourists as well as Russians) the country is still relatively untouched which will allow Kevin and I to explore it without all of the “tourist attractions” that get in the way.

Cycle tourists who we have spoken to have nearly always named Georgia as one of their favorites because of the beautiful landscapes, relatively untouched culture, and amazingly hospitable people. Cyclists also report that it’s possible to camp just about everywhere, and that the camping is some of the easiest and most beautiful in the world. Needless to say, I can’t wait!

5 thoughts on “Georgia: A Bit of History”