“And if you’re not as young as you’d like (few of us are), travel anyway. It may not be easy or practical, but it’s worth it. Traveling allows you to feel more connected to your fellow human beings in a deep and lasting way, like little else can. In other words, it makes you more human.”

After two nights in a really nice guest house (we needed wifi to give our parents their well deserved “I’m alive and happy” emails as well as update the blog) we set out on what we assumed was a paved rather easy road across the country. It was an extremely quiet country road with less than one car an hour and we quickly figured out why. It was horrendously bumpy and rocky (and of course uphill as always) and we were desperately trying to pedal through the 40+C afternoon since we were just about out of water. It was a miserable afternoon made worse by the heat and the prospect of seventeen kilometers of hell to go.

We felt a little out of place because this place was so nice. As you can see though, no matter how many couches are around me, I still end up sitting on the ground.

After about an hour a man in an empty truck pulled over, said hello, and motioned us to jump in the back. We readily accepted and couldn’t have been happier or more relieved that this friendly and smiling grandpa was about to put us out of our misery. He also gave us cold water, fresh bread, and two pieces of delicious cake to eat in the back of the bumpiest ride we have ever survived.

Here we are in the back of the extremely bumpy truck eating our cake.

After our driver dropped us off we proceeded to the closest small shop across the way in order to pick up a few vegetables for dinner, though when we went to pay, the shop owner simply said “no.” I tried again to hand her the money, and with a smile and a hand sign she very clearly said “no” once again. She was impressed that we were cycling and wanted to give us the veggies for free. Between this, the cake, and the truck ride that had saved us we were practically skipping with glee as we exited her shop.

The road miraculously turned into a beautifully paved road though of course this was short lived. After a few kilometers we were back to climbing in the rocks. 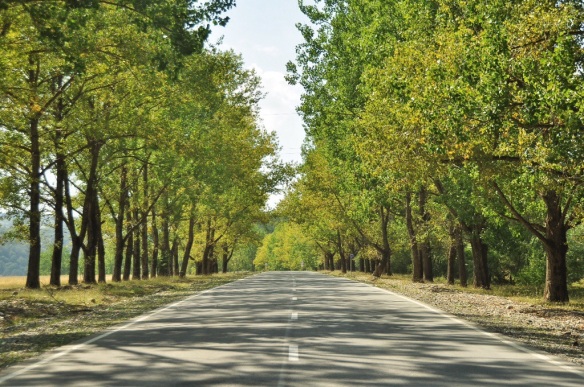 We ended up camping in front of a small church and just before sundown a teenager came out from a nearby house with a wheelbarrow to fetch water from a spring that we must have missed. After saying hello and watching us set up our tent he silently handed us one of his five liter water jugs, a perfectly timed gift since we were nearly out of water ourselves. It was especially touching coming from such a young man since it demonstrated once again how kind thoughtful acts such as the ones we experienced today seem to be taught from such a young age, ingrained into the culture as a whole rather than throughout just a few families. Never have we met such a collectively polite and friendly group of people. 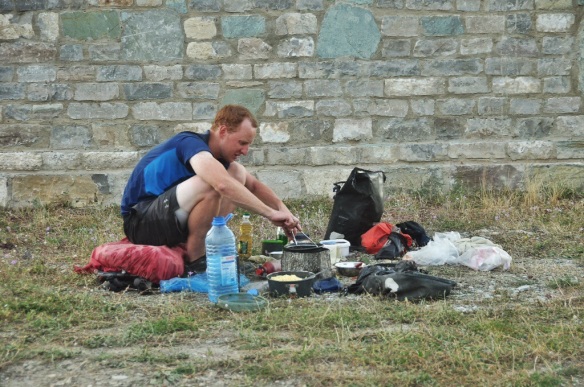 I had heard that Georgia was an extremely friendly country, but having experienced so much kindness in other countries I have cycled through as well I figured it would be about the same. Unlike the USA where I did receive a lot of help from a dozen or so wonderful individuals, here it seems like every single person is considerate and helpful. Wether it’s just waving us by with a grin, giving us cold water when we need it most, or inviting us to join their picnic, Georgians are willing to help you in any way possible. This also ties into why Georgia feels like an extremely safe country to camp in. I definitely feel safer sleeping here than anywhere else I have been, including my own country. We have noticed that the locals are very proud to be Georgian, and rightfully so. Who wouldn’t be proud to be from such a progressively kind and generous place? 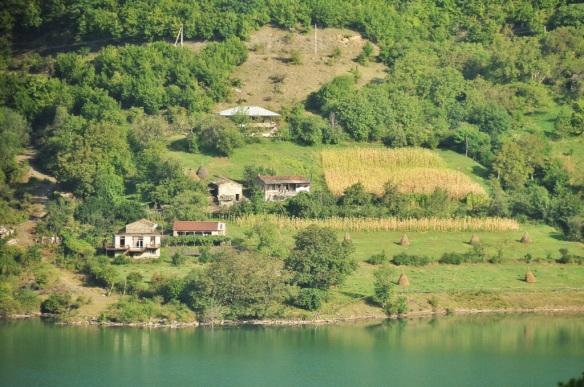 5 thoughts on “It’s The Little Things That Count”