“When the spirits are low, when the day appears dark, when work becomes monotonous, when hope hardly seems worth having, just mount a bicycle and go out for a spin down the road, without thought on anything but the ride you are taking.”

After we set out from Tblisi we hit a very different sort of desert/arid landscape which proved to be quite pleasant because we opted for the small country roads instead of the scary highway nearby. 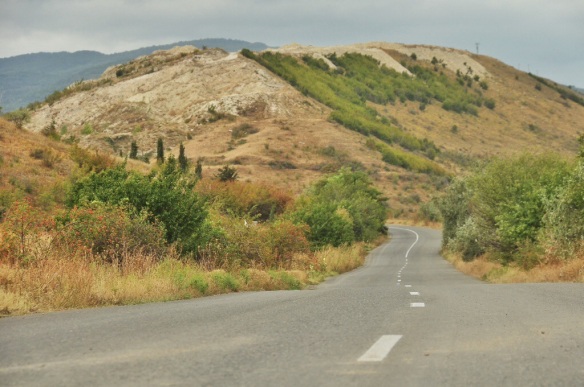 One day we headed off on a small offshoot that started into the hills which proved to be gorgeous and gave Kevin the chance to land his first Georgian fish (granted, it wasn’t exactly enormous). 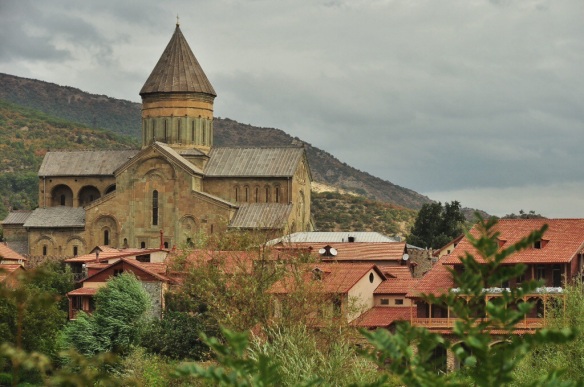 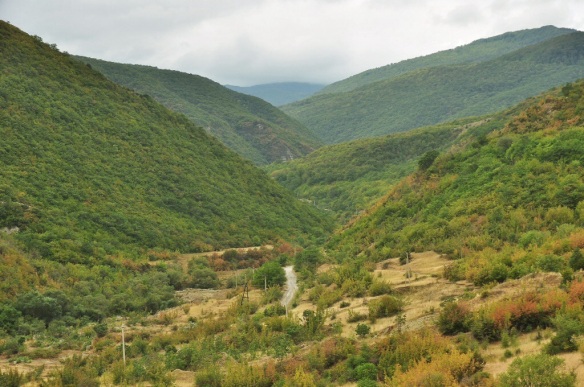 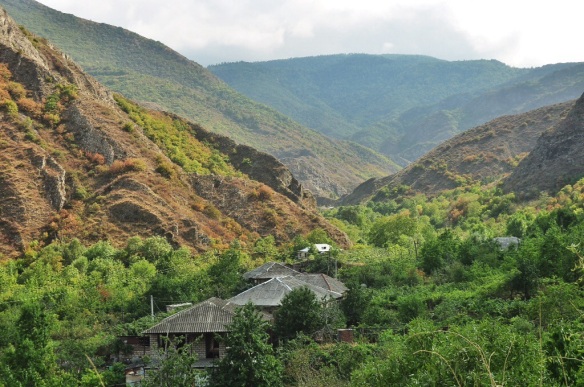 Then came hell in the form of the four horrible h’s: humidity, heat, hills, and headwinds. Since we wanted to avoid the highway at all costs we ended up on some very small steep hilly roads which proved to be extremely tiring. Though we loved the fact that only a few cars would pass us a day, it was really miserable constantly climbing up and down (and gaining nothing overall) in the 40C heat. To make matters worse, a storm rolled in one afternoon which instead of cooling everything down, brought along headwinds and an even stickier hot dreadful air front. Though I usually enjoy the cycling aspect to cycle touring, this was one of those weeks when I couldn’t figure out why I wasn’t in a car like everyone else. Though part of this was due to the physical strain of cycling up steep hills in the heat, in all honestly, the reason it was so hard was all mental. 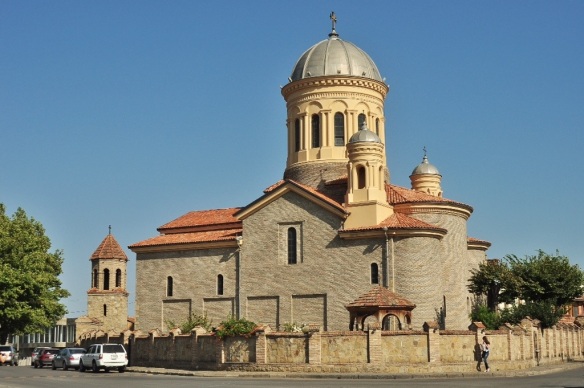 There was also a bit of positive throughout these dreadful days as well. At one point a car slowed down to wordlessly hand us a few peaches, and the next day, another man handed us a few apples with a smile. We were given katachpuri by two giggling bakers outside of a shop we were hanging out, and we were even invited to an absolutely delicious meal with three men at a restaurant by the road. Oh, and I also got my first road-side haircut – by small traveling nail scissors from Kevin who has definitely never cut hair before – while we were waiting for our laundry to dry during our midday break. Thankfully he did a wonderful job and is a whole lot cheaper than a real hairdresser, all he needs for payment is a whole lot of spaghetti.

An interesting part about this area was that we found ourselves in a totally parallel universe of abandoned mining towns and projects from the soviet era for a day. Though we have seen many buildings, and even whole villages, which have been abandoned for years, this was something like a sixty kilometer section of completely (or nearly completely) abandoned projects. There were still a few functioning cities and villages which are still mining towns though even these inhabited regions felt abandoned as the buildings were so run down.

2 thoughts on “Humidity and Heat, Hills and Headwinds”