“The greatest pleasure in life is doing what people say you cannot do.”

Our first few days through the northeastern Turkish hills proved to be our wettest days yet as we found ourselves in an unrelenting storm for days (and nights) on end. In fact, for eight hours one day I sang this song (to the tune of “Mister Sun”) –

– which probably gives you an idea as to which part of the storm was getting on my nerves the most. 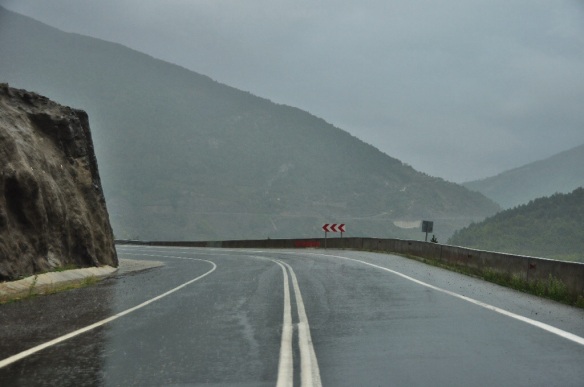 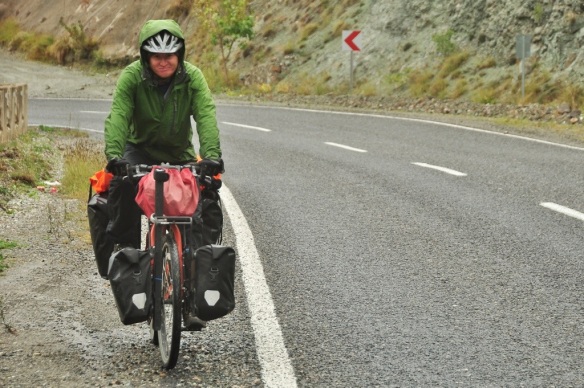 This week also marked the beginning of the most difficult cycling we will be doing in Turkey. As the mountains run parallel to the coast, and as we were headed straight inland, we ended up passing up and over every ridge in our way.

We see this sign every single kilometer, though we quickly realized that no matter how steep the hill above was going to be, the sign was always marked with a ten percent grade. 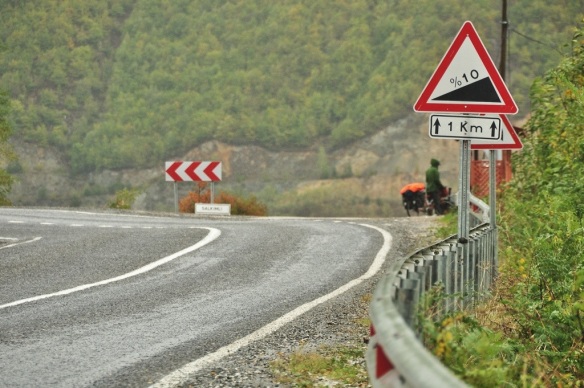 Though we usually hate tunnels (because they are scary: often no lights and absolutely no room for us beside the cars) during these past few days we have come to love them as they represent a short reprieve from the never ending wet. Since Kevin’s rain jacket is no longer waterproof, we stopped at one point in a tunnels so he could “dry out” his clothes for a bit. Of course, they never dried nor would it have mattered if they had because there was no escaping the rain one we left our shelter. 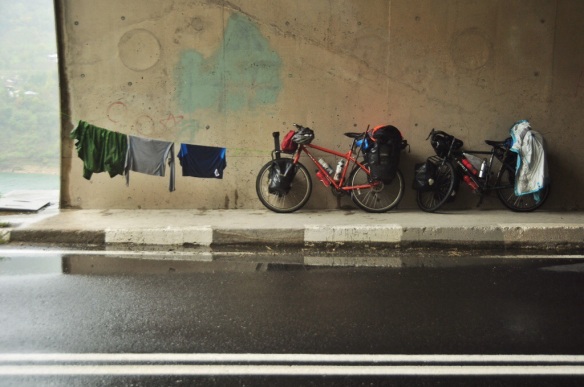 We usually were pretty happy in the rain until the late afternoon when we were cold and soaked and realized that we were going to have to set up a soaking wet tent in the rain yet again. 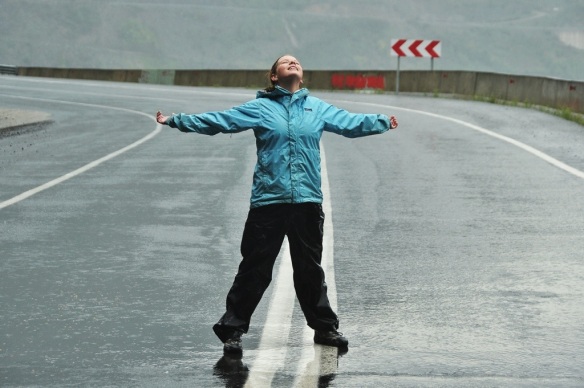 The best part about these wet few days was when a guy gave us his unfinished hut for the night. We had a dry place to cook and eat, a wind-free place to sleep (without even setting up our wet tent), and a beautiful view to wake up to! This also marked the first time we had to pull out our warm gear… It made carrying it all these kilometers worth it! 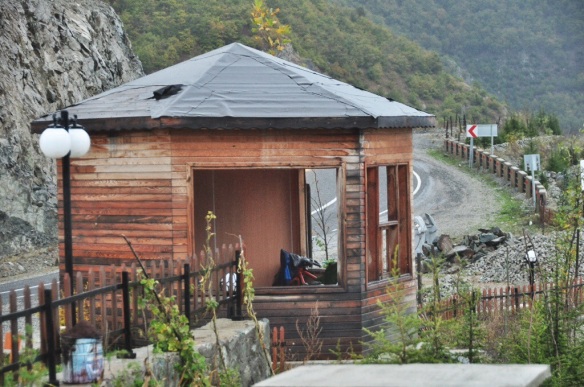 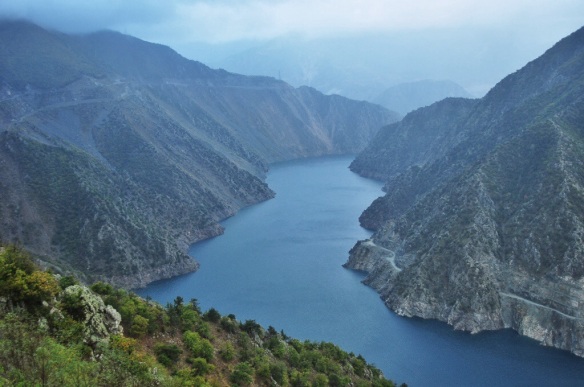 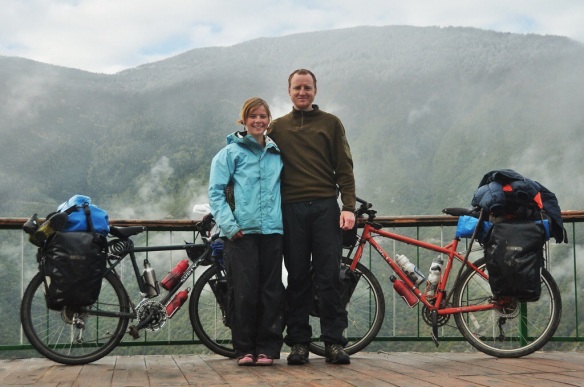 Then, after a few wet days, the sun came out! Though it was exhausting constantly climbing, being able to dry out all of our clothes and gear made it all worth it. 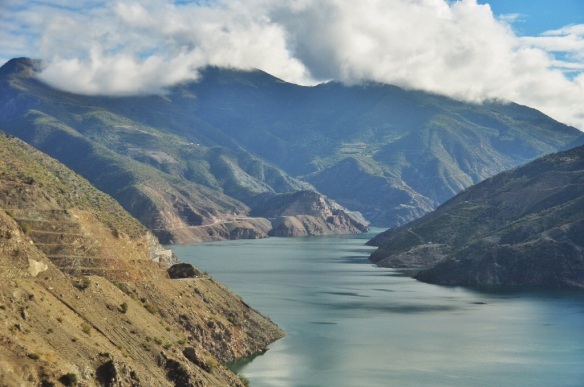 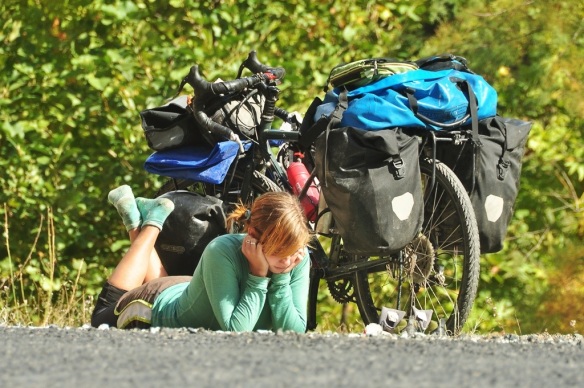 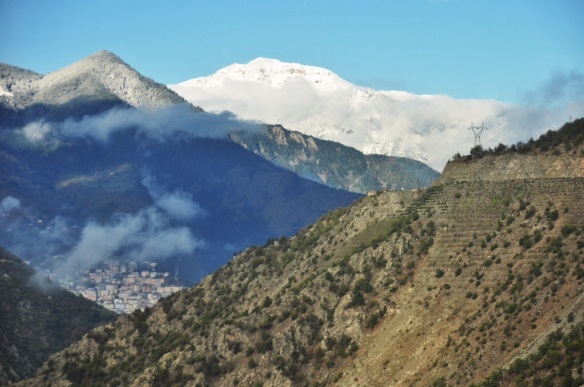 And of course, since it’s Turkey, a post wouldn’t be compete without updating you guys about a few acts of kindness. Basically every time we stopped in a village someone would inevitably come out with steaming hot Turkish tea for us to drink. The most interesting of these tea breaks happened when we were invited into a strip club… That’s right, a Turkish strip club. Though we hadn’t realized it before we stepped in (it was an abandoned looking building, without a sign, under a gas station), it was quickly apparent to us that the “disco” the friendly young man brought us into was not just a simple bar. So, after drinking a few glasses with the DJ and stripers, we kindly refused their invitation to come back and dance later that night and got out of there before night fell. It was especially interesting to see this in Turkey because alcohol – though not illegal – is very frowned upon so it’s no wonder it was so undercover.

9 thoughts on “It’s All Uphill From Here”