“I love the feeling of being anonymous in a city I have never been before.” 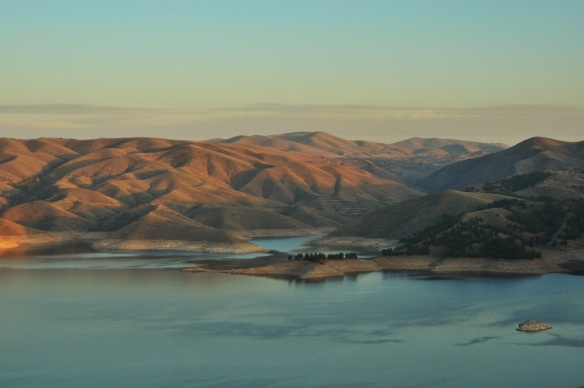 You know that sort of happy “I love life” feeling you get after a few days of hanging out with like-minded people, eating delicious food, and simply feeling at home in a far away country? Well that basically sums up these last few days with our favorite host (and his friends) yet who managed to make this week one of our best so far in Turkey.

About a month ago a Turkish university student – who has cycled through Turkey as well – stumbled across my blog and invited us (through facebook) to stay for a few nights once he realized that we would be passing through his town. He met us downtown and straight away brought us to meet his English speaking cycle-touring friend, a geologist and research assistant at the university, with whom we would be staying. After driving us home in his old VW van he made us feel at home in his apartment, and for the first time in a week, we finally got to shower and do laundry. We felt more comfortable with them than with anyone we have stayed with in the past since his simple apartment filled with more bike and books than clothes reminded us of ourselves, and because besides being guests, we were first and foremost treated like friends.

Yusuf (our host) drove us, along with Hakan (our other host, the student who had invited us) and two of their other friends, up to visit a nearby dam and out to eat at a delicious restaurant during our first evening. 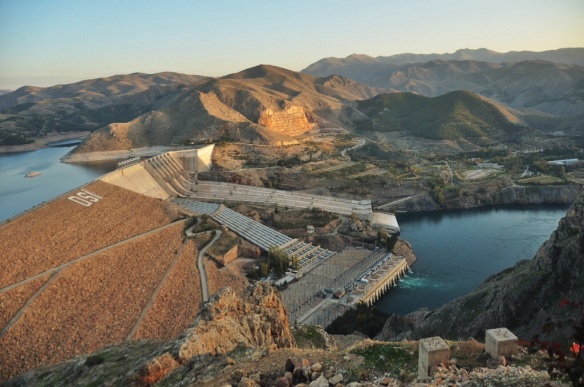 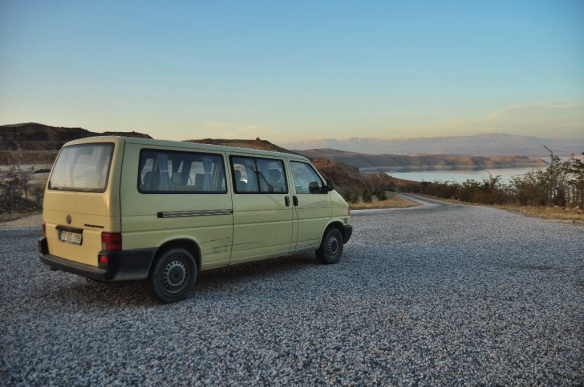 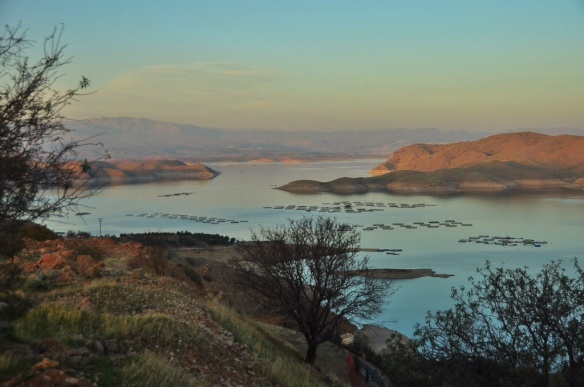 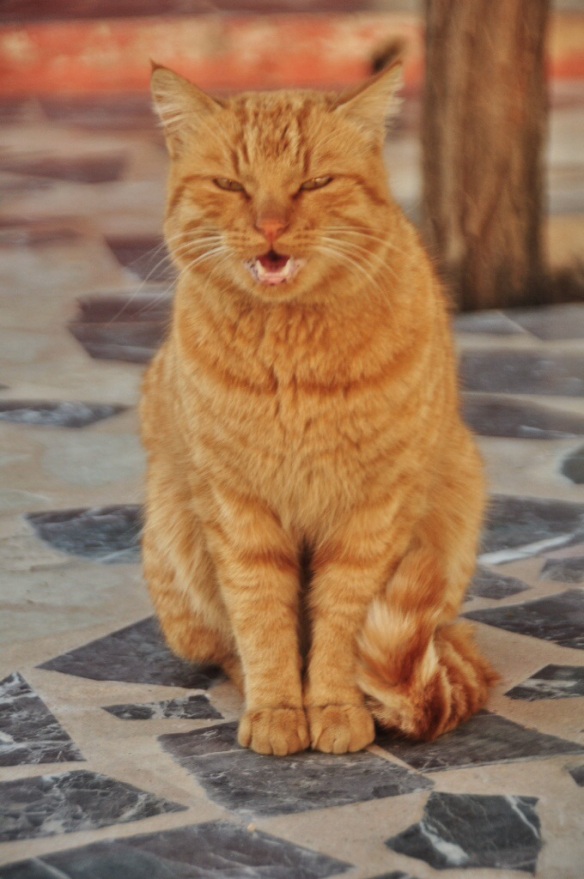 Our group consisted of the only two cycle tourists in this town (300,000 inhabitants), three out of five of the certified paragliders, and the one and only kayaker… And Yusuf was all three! Needless to say, we had definitely found “our people” despite being in a town with very few outdoor enthusiasts. 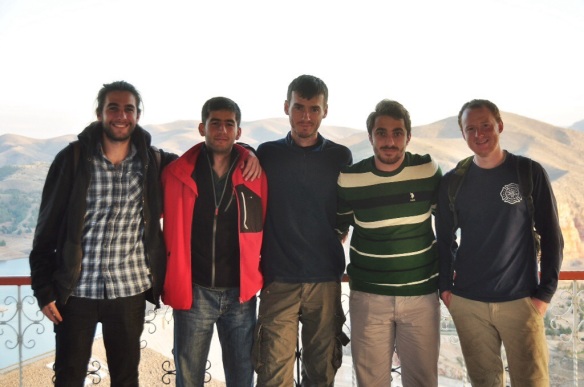 It was especially great to hear stories from the two Turkish cyclists (who had each completed different trips at different times) since they too experienced incredibly kindness and hospitality throughout the country which shows that we aren’t being treated as royalty just because we are foreigners, but rather because we are human. It was also interesting to speak with them about the Kurdish region as they had grown up in the western part of the country (in Istanbul and Izmir, the first and third largest cities in Turkey), believing, as many there do, that the eastern part of Turkey is dangerous and to be avoided. Against the wishes of his family, our host explained how he had visited parts of the Kurdish region by bicycle only to realize (as have we) that the Kurds are some of the most hospitable and kind people who inhabit our planet. By visiting these regions first hand he was able to see that perhaps the Turkish government has been exaggerating and creating concerns about the East to fulfill it’s own political agenda.

Though our host was suppose to be working, he took some time off everyday to take us somewhere new, including to this very old castle on the top of the hill where the city use to be during Ottoman time and before. 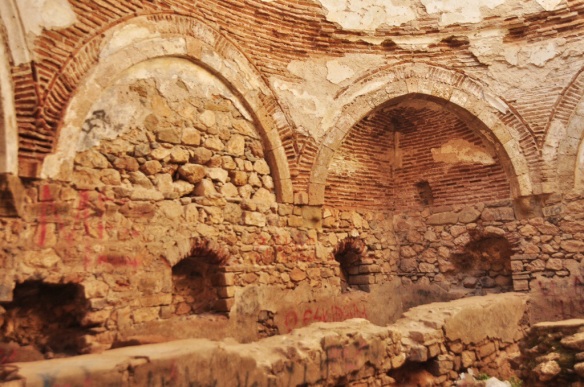 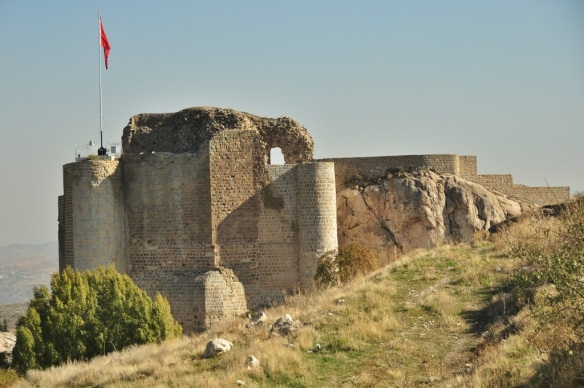 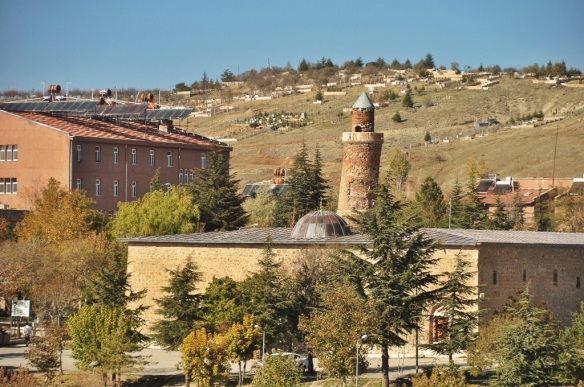 This region, including nearly all of the towns we have passed through thus far, have a complex history due to the fact that they have at one time or another been part of Georgia, Armenia, the Ottoman Empire, and in some cases, even Russia. More than half of the population in this particular town (along with many near the boarder) was more than half Armenian until the Armenian genocide a century ago, a genocide which Turkey still hasn’t recognized or apologized for which has left Armenia and Turkey at odds even today (meaning their boarders are still closed, something we thankfully figured out before we arrived since our original and naive plan was to enter Turkey from Armenia). 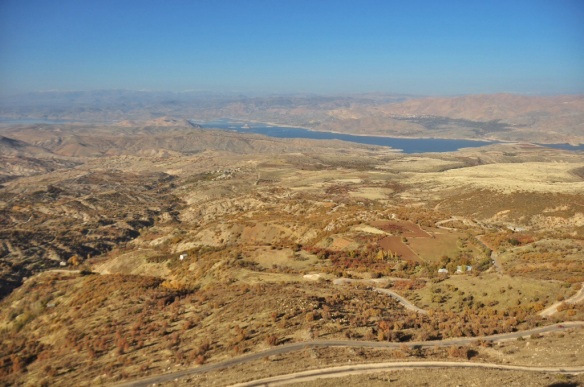 During this afternoon excursion we also ate our most delicious meal yet, in fact, it was our most delicious meal so far this whole trip. It consisted of kebabs (meat, in this case chicken and lamb, seasoned and cooked over a fire on a stick), fire roasted vegetables, a salad, and small rectangular pieces of thin delicious bread (so fresh they were still warm) which we would use to make our own little three-bite wraps (as many of these as we pleased), along with Yosef’s (and now our) favorite dish which consisted of very thin slices of special bread soaked in a yogurt/oil/garlic sauce with spices sprinkled on top. It was absolutely amazing, just thinking about it now makes my mouth water!

Though it was significantly less tasty than the Turkish foods we have eaten, Kevin and I cooked our traditional meal of pasta with a tomato/aubergine/pepper sauce for them one night. 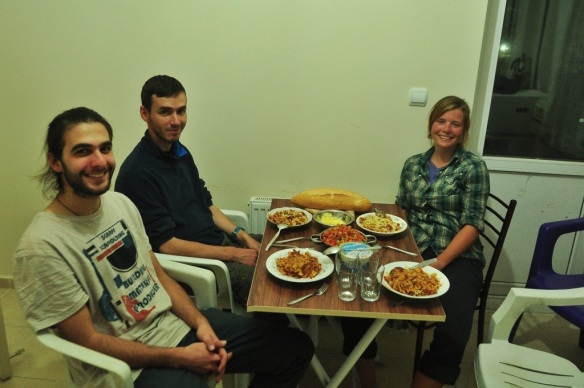 While Yusuf was at work he left us with the keys to his apartment so that we could do as we pleased. It was great to write and read, clean our bikes and stove, and just sort of hang as since it’s been a while since we have had a chance to do so. Thank you both for everything! We will be waiting for you and your bikes in Oregon sometime down the road.

I have a new Facebook page! I will no longer be using my personal one, so for those of you who would like to follow with small updates of stories and photos, come like it.

5 thoughts on “It Feels Like Home: Living With a Turkish Cyclist”