“People always ask me when I am going to come down from the clouds. Never. I like this view.”

This white mountain of hot springs and calcium deposits is extremely rare and unique, and as you can see from the photos, breathtakingly beautiful. The name “Pamukkale” literally means “Cotton Castle,” and these cloud like travertines (white calcareous rock deposited from mineral springs) truly look like they belong to another world. 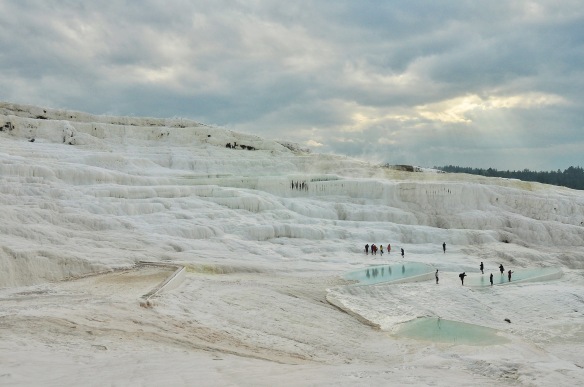 The water which flows down the hillside is supersaturated with calcium carbonate, and when it reaches the surface, the calcium carbonate is deposited as a jelly which hardens overtime, and as you will see in a minute, can therefore easily be destroyed by us careless humans. These hot springs were believed to have healing powers in ancient times, so people from all around came to bathe in the mineral rich water in order to cure various ailments. 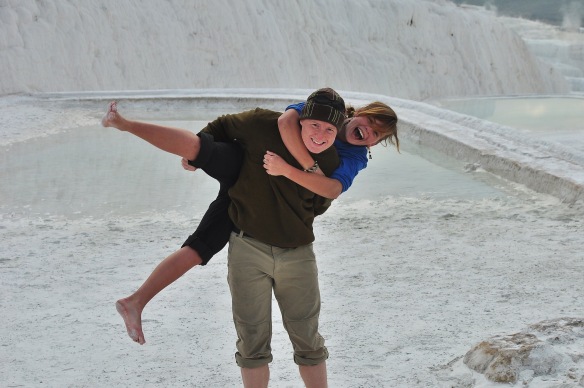 In the 1960s hotels were built at the top and began to drain the thermal water into their own swimming pools, causing enormous damage to the natural terraces. Depressingly enough, there was also a road straight through the terraces, and sometimes daring motor cyclists would just drive freely wherever they pleased. There were no restrictions on tourists which meant that they would walk on and bathe (sometimes even with soap) in the once pristine white pools, destroying them further. Unsurprisingly enough, by the 1980s the whole mountainside was no longer white but a dirty brown and grey, and the once beautiful cloud like formations were on the brink of being completely destroyed. When the site was declared a World Heritage Site in the late 1980s the hotels were demolished and the road was replaced with artificial pools. We passed by these artificial pools on the path (which was once a road) where tourists are now allowed to walk barefoot, but forbidden to swim or stray from the path.

There is still visible damage, such as coloring and dry pools and they now divert the water. 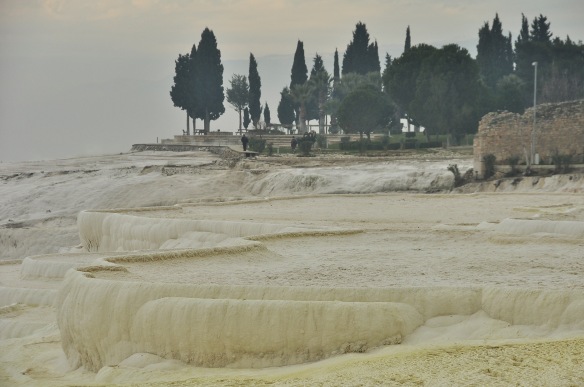 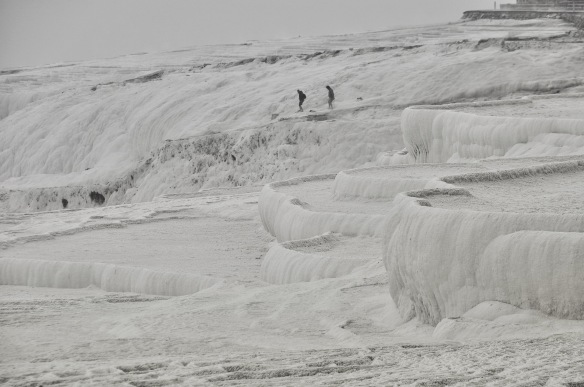 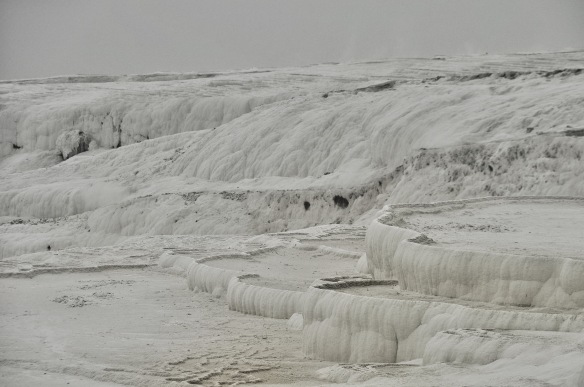 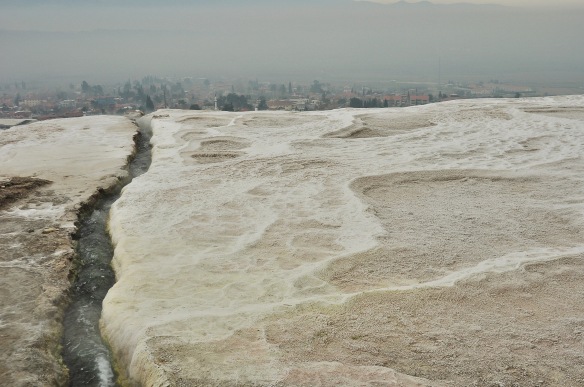 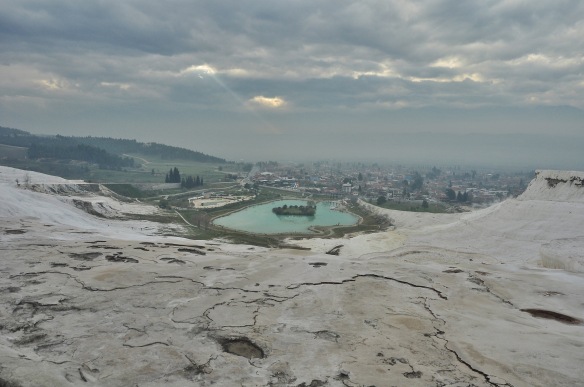 The city of Hierapolis formed around these thermals in the 2nd century B.C. and thrived for hundreds of years due to the thermals and the healing powers they possessed. There were many spas throughout the region, as well as temples, and a theater, and later (in the 5th century) this ancient city became an important center for early Christianity. The city was abandoned in the 13th century after an earthquake, and excavation began in the 19th and is still ongoing today. We visited this stadium which use to seat 20,000 people, and use to be three times as tall, which is situated just behind the thermals on the top of the hill.

4 thoughts on “The Cotton Castle: The Most Exquisite Hotsprings”