“If you don’t know where you are going, then any road will take you there.” 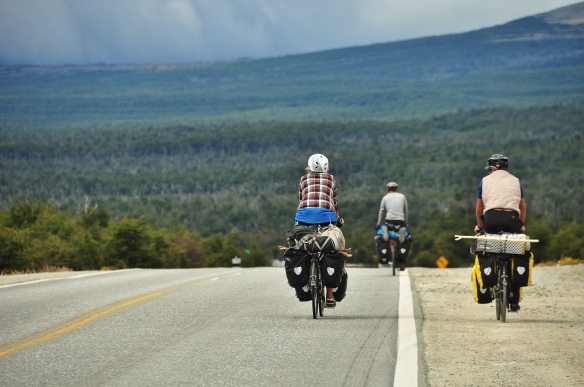 We had heard from two passing French cyclists that the bakery in the small town of Thulin hosted French cyclists for free, so as we were buying some delicious baked goods at the enormous bakery, we asked one of the workers if she knew anything about this. Less than a minute later two other cyclists, an American and an Argentinian, appeared to show us to the “cyclists quartets” where there were already nine other fully loaded touring bicycles from all around the world. Though we didn’t end up meeting everyone, there was an Argentinian, an American, a Mexican, a German, a couple from the Netherlands, and a couple from France (and someone else we never met) all touring for different amounts of time, and in different directions, with one thing in common: through word of mouth they had all heard about this incredible cyclists refuge in the middle of Tierra del Fuego. 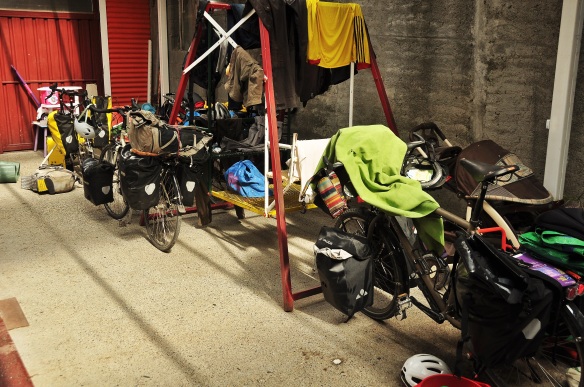 It is not often that you walk into a room full of bicycles like your own! 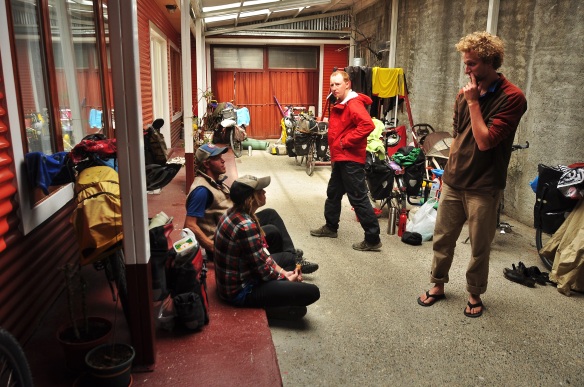 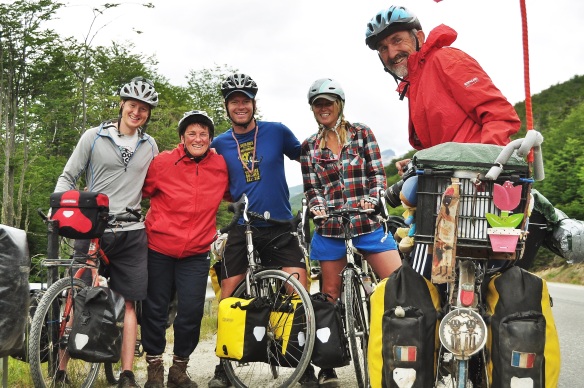 The French couple (traveling for three years already and will go on for many more) who told us about the bakery. We also met a Venezuelan with a surf board attached to his bike!

This little town was only 100km away from Ushuaia, our starting point, which was a fun and easy ride through heavily forested lands.

Though the mountains aren’t very tall (yet) they still are very nice to see! 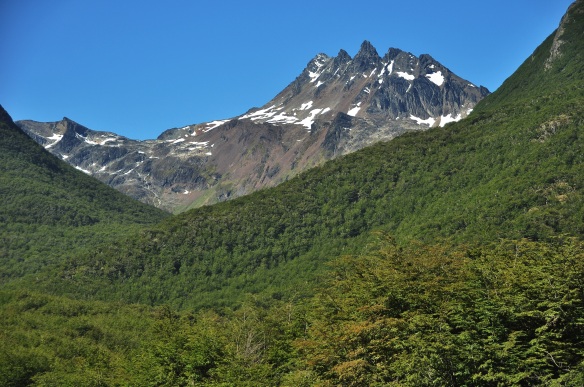 After so much barren land in Turkey, we are so happy to be back at home in the trees. 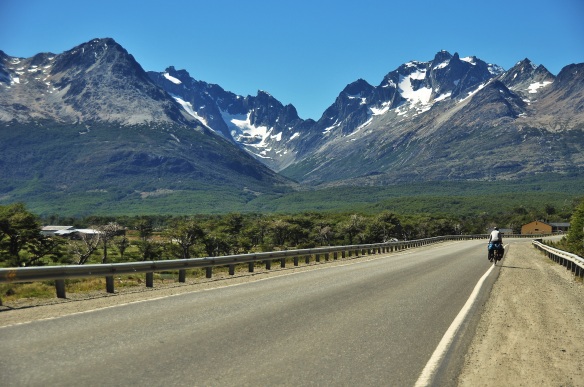 The first 200km of our route is paved, through for the next four or five months, paved roads will be nearly inexhistant from our route. 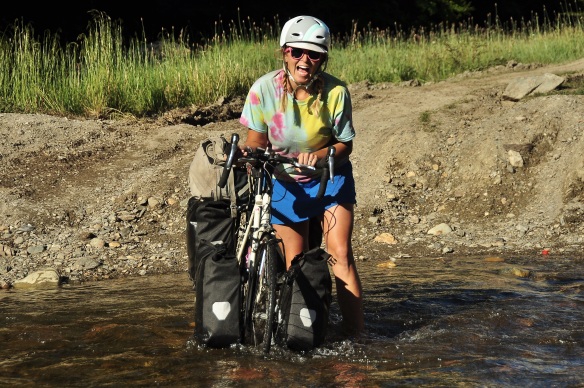 Emily crossing a stream to get to our camping site. 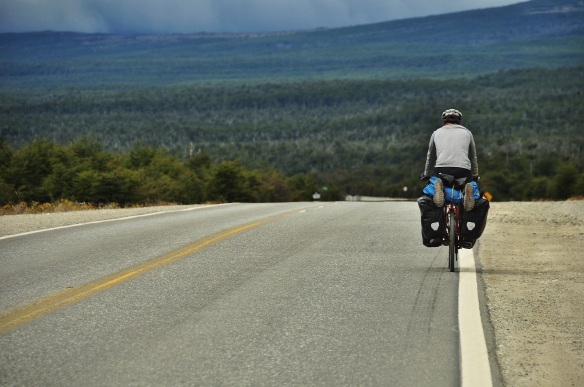 The best part about our first few days in South America has been riding with Mike and Emily, our two friends from Oregon who lived and taught English in Educador for four months before beginning their own four month tour through Patagonia which happens to coincide perfectly with our own. They are a young and energetic couple who loves the mountains, adventure, and everything that had to do with the outdoors at least us much as we do, which makes for some extremely fun camping and great company. 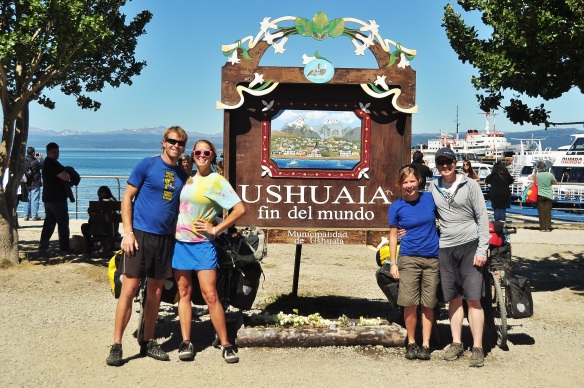 A really dorky photo of the four of us, but it had to be taken! Ushuaia: fin del mundo. 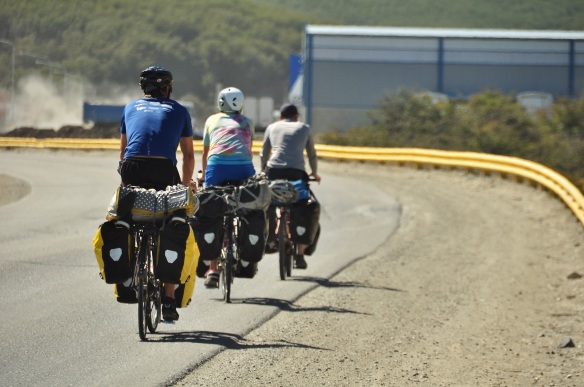 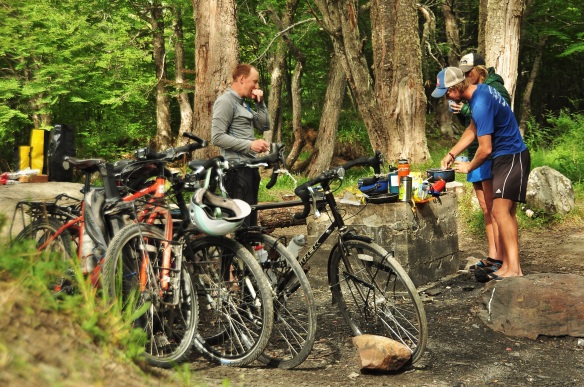 Camping! Here in Patagonia you can camp everywhere, and there are even real free campsites all over the place. No wonder everyone loves it here!! 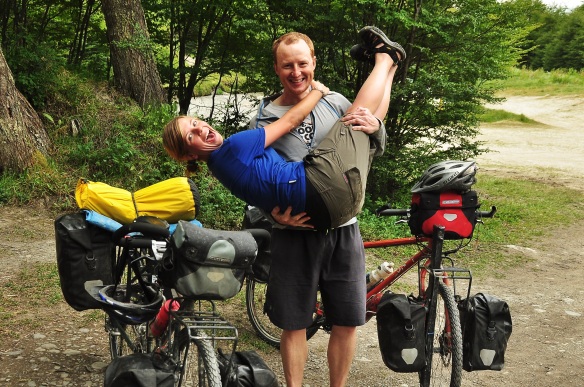 Kevin and I starting out the day. 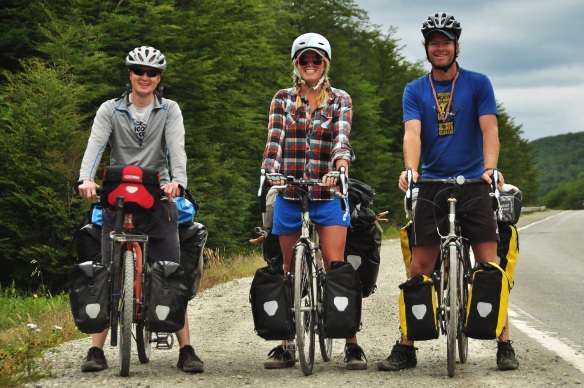 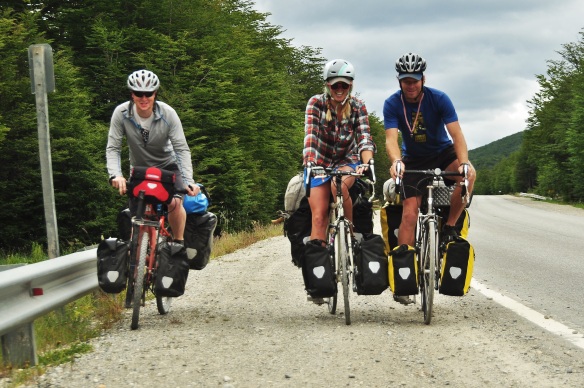 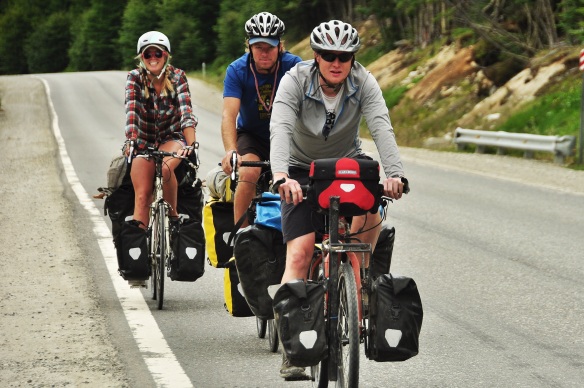 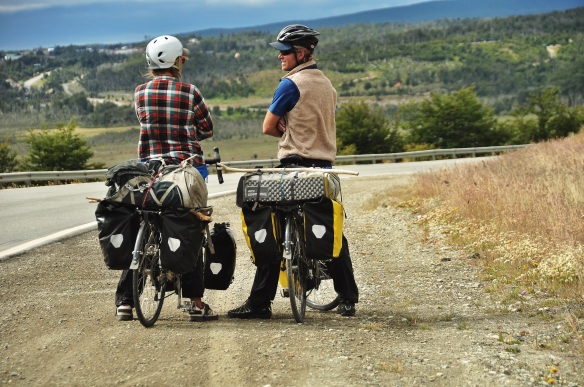 2 thoughts on “The Cyclists Bakery: A Slice of Heaven in Tierra Del Fuego”