That’s right, this post is all about toilets, or more accurately, the lack there of. India has a very large toilet problem, and it’s not just the homeless who have no where to go. In many of the small farming villages I have stayed in, where people live in nice clean houses, they have no facilities. One of the issues with this (besides sanitation) is in the dead of winter when there is three feet of snow and you have to walk ten minutes to the field everyone goes in. Sometimes in these villages there is one communal toilet, but other times there is no space (or they just haven’t gotten around to it). Cities are definitely the worst since they are so densely populated and there are many homeless and slums. Plus, there are no fields to go in. The stench in some areas is horrific after the sun has been warming up the streams of sewage all day.

Often times when you enter into a small village and ask where a toilet is, no one can tell you, and if they can, it’s never pretty. 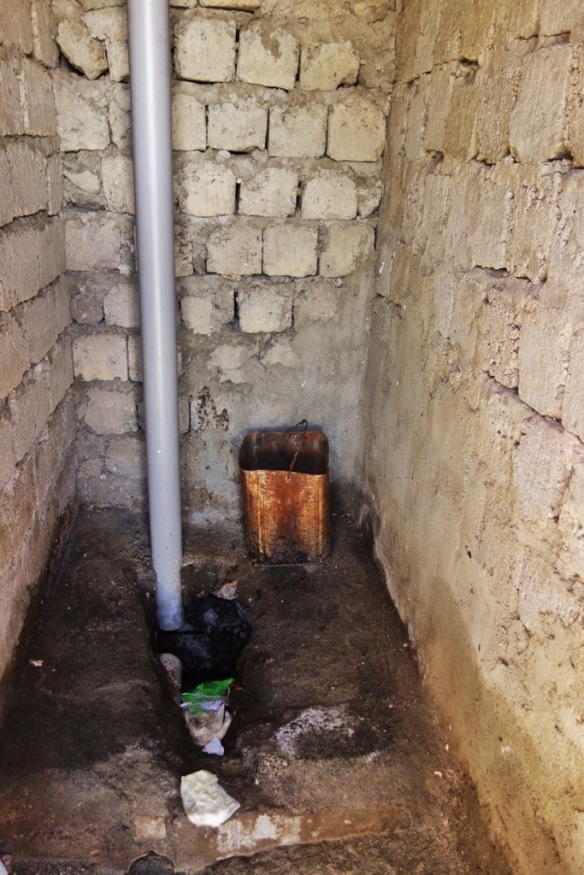 This toilet seat was in the back of a tent (part of a Ladakhi makeshift village) that I stayed in. It was just covering a hole where everything went- walking around the backside of the tent was not pretty! 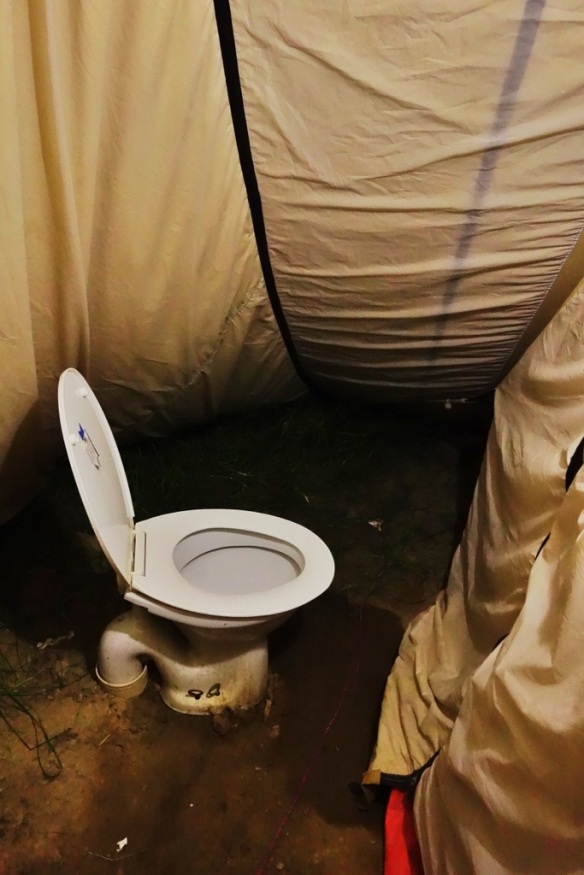 Here is a normal (clean!) toilet. Though the squatting took a bit of getting use to, I’m quite a fan now since it’s much cleaner to stand, not sit, here. Another thing to get use to is the fact that toilet paper doesn’t exist. I make sure to always have a roll with me, and I have taken to putting small bits in every pocket so I am never caught without it. 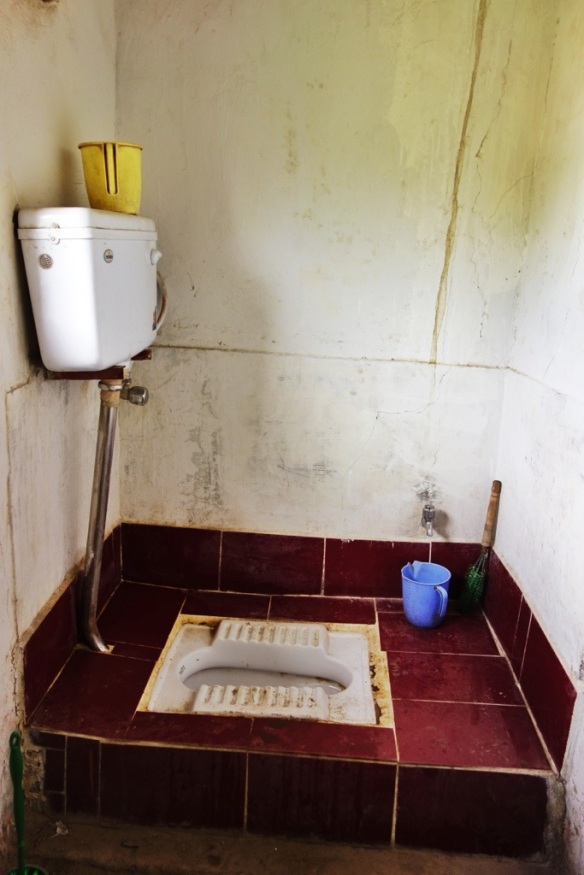 The irony of this all? In slums, areas notorious for their lack of facilities, 70% of slum dwellers have a tv, while 64% have cellphones (as reported recently by the BBC). So, in India, more people have a phone and access to crappy entertainment than a place to poo.