“The most freeing and liberating part of this whole trip is that…I rarely have any place to be other than where I am, which truly lets me live in the moment. Every single moment.”

Here is the house (the green and white one in the bottom right corner) I stayed in while in the village of Kot. Like all the houses in the area, there were no roads up and down the hillside so the only way to reach the house was on a small foot path. Throughout this region there were little clusters of five or six houses that were considered a “village,” though they also identified with the town a few kilometers away. 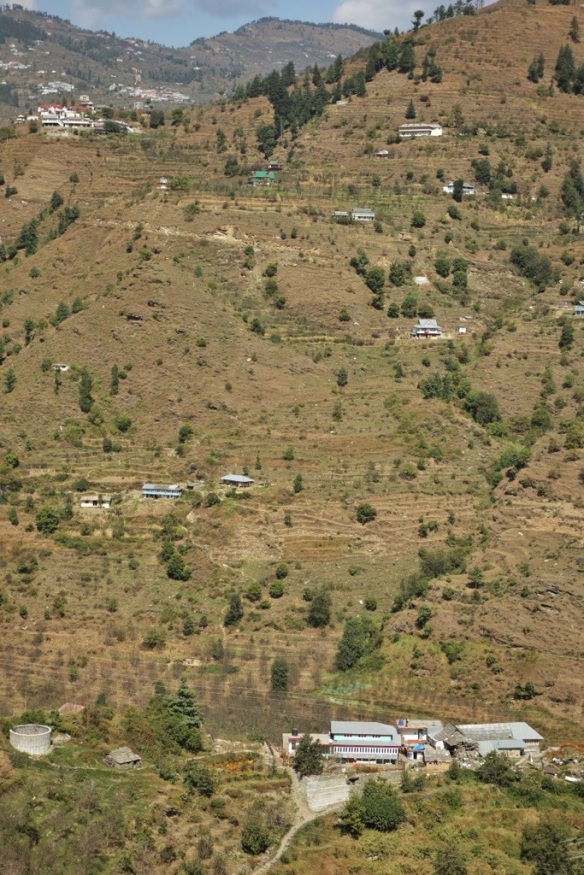 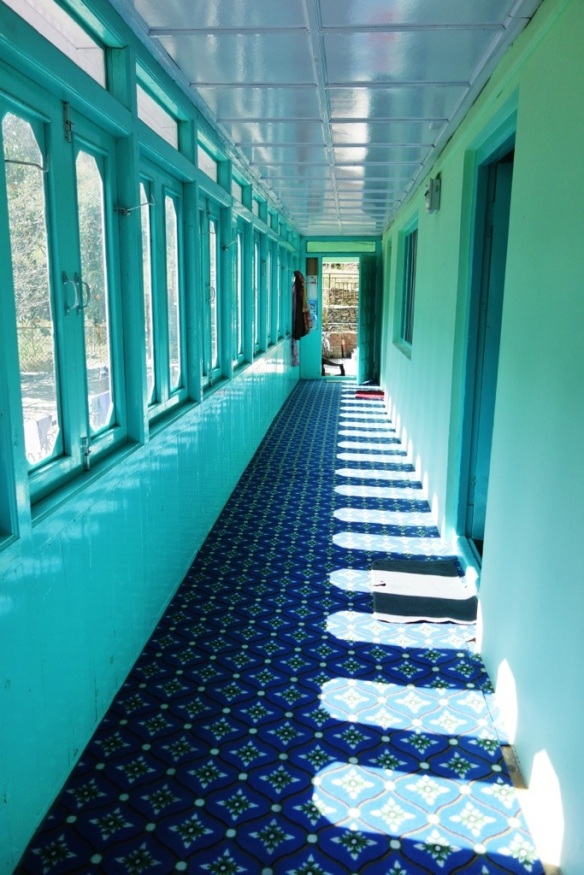 It was a large and very nice house, complete with a fridge and running (hot) water, things I haven’t seen in the other houses I have stayed in. There was even a bathroom, which made for a very pleasant change. Though there were many rooms (and two not in use) the two kids, gramma, and I all slept in the same one. It seems to be the Indian mentality that they never ever want to be alone, and would rather all sleep in one room (and even in one bed) even if there are rooms to spare. They are farmers, as was everyone there, and almost all of their food came from their garden. They also have a large apple orchard and fields, and sell the apples along with apricots and pears in the market during the summer.

I helped collected the beans from the field, then take them out of their shell and into storage for the winter. I would love someday to have a large garden (or field) from which I can grow all my own food! 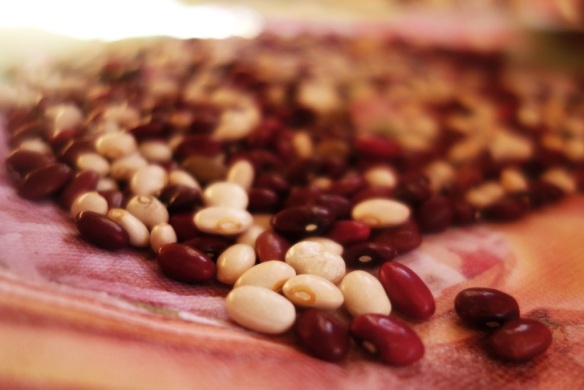 Here is the family that took me in. They married when she (Nina) was only seventeen, in tenth grade! The thought of a seventeen year old marrying someone eight years her senior in North America is barbaric, never mind illegal. Yet it is common here, though people are mostly now waiting until their early twenties. Now, at thirty two, she has an eleven year old boy and thirteen year old girl, the most polite and well behaved children I have met in India. (Sorry, no photos of dad). The mom spoke decent English, as did the girl, though the rest of the family hardly spoke any at all. I have now perfected English as a second language. I know which words or phrases they are most likely to use, and I have changed my grammar when I know it will make it easier for them to understand. If someone heard me speak, they would not suspect I actually speak English everyday as my native tongue since I certainly don’t sound like it! 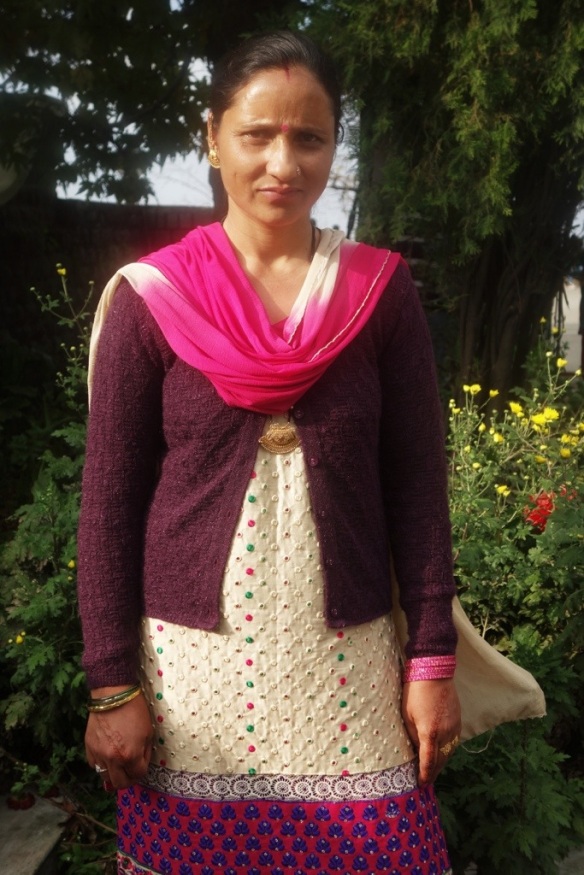 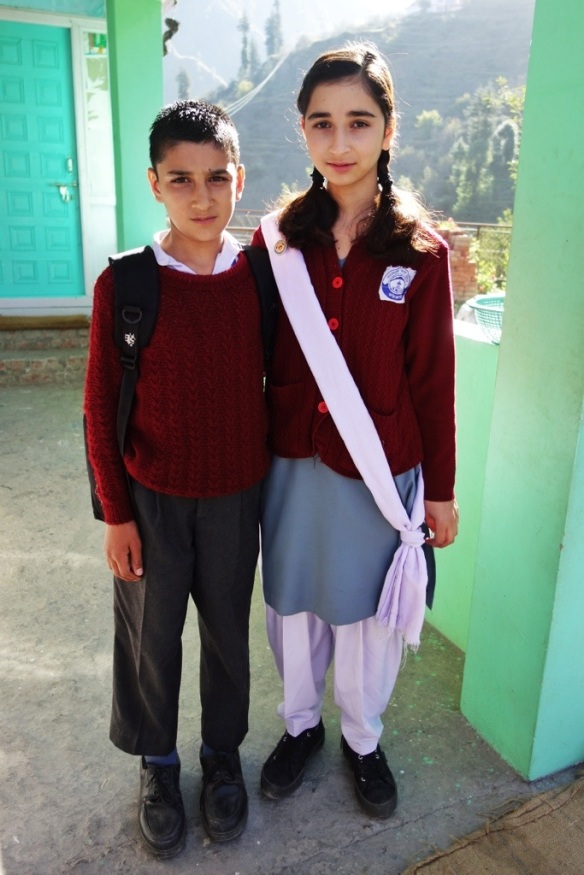 Gramma! One of my favorite people. 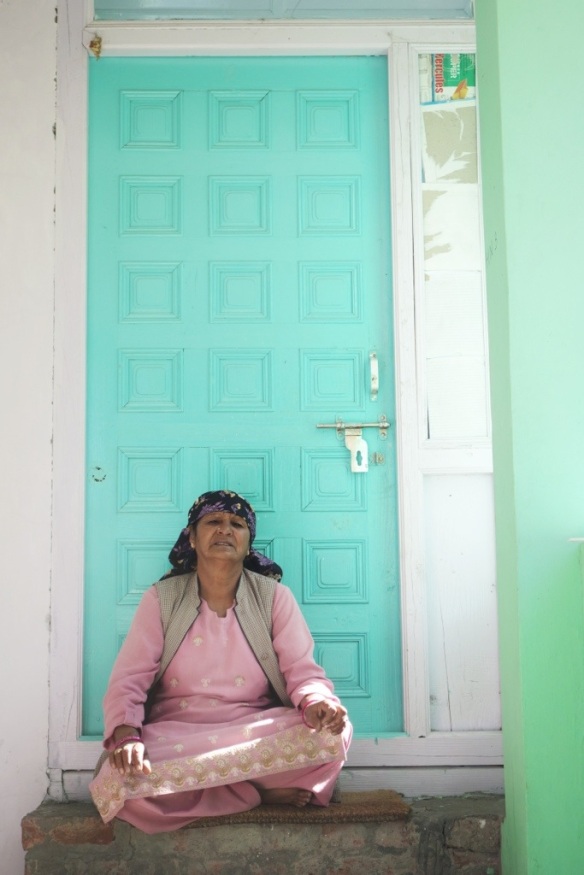 These are the two women whose house’s I stayed in. They are friends, were classmates, and are also somehow related.

Here is a photo (of a photograph) of the family ten years before. 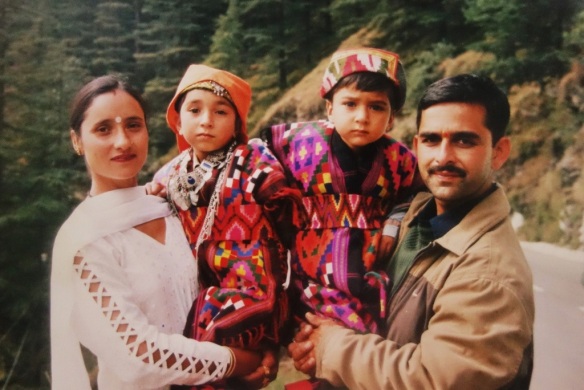 Life here was very slow paced. Though there was work to be done, pumpkins to be picked and cows to be fed, it seemed that most of the day was spent drinking tea and visiting various relatives or neighbors throughout the day. Though it is grass cutting season (a busy time for many people) these families hired Nepalis to cut their grass for them. I enjoy the slow pace, just living life day by day stress free, but I know after a while I would be driven stir crazy by not “doing” much. At the same time, it’s great to see how important social connections, both between friends and relatives are here, an aspect we don’t have time for in our busy lives back home.

After two weeks here I forgot I was cycling. These people had become my family, and their houses my home. Though it was a lovely stay, I was ready and excited to be back on my bike when the time came for me to leave. My progress through India has been so slow (which is fine by me) that I have decided I should stop telling people I’m bike touring, and start saying social or culture touring instead since I have done a lot more of that than cycling recently.

3 thoughts on “Living the Indian Life”