“…It’s to shake off this erroneous notion that life is there and you’re just gonna live in it, versus embrace it, change it, improve it, make your mark upon it.” 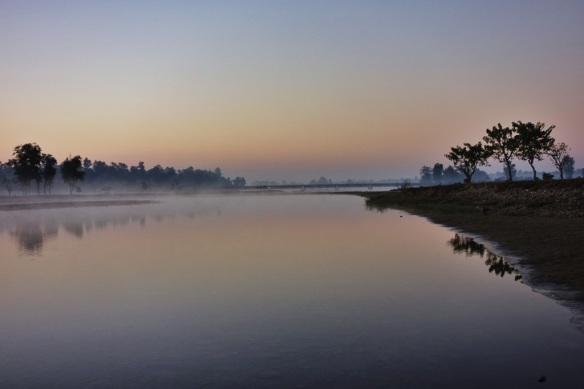 I love Nepal. I am finally able to camp again, I am no longer followed by young sleazy adolescents, and I can live off of bananas, juicy oranges, and of course, rice, dal, and samosas, for only three dollars a day. Though I am still anxious to get to the mountains (I can see the start of them to my left at all times, talk about tantalizing!), I am enjoying all the small farming villages I have been passing through these last few days. Nepal is obviously poor, even more so than India, but the people are beautiful and smiling which is what counts. Hundreds of children wave and follow me daily (no joke, I swear every child has a “white cyclist radar” and is able to sense me coming from kilometers away), and most of the women smile and wave as well. Even the old wrinkled grandmas hobbling slowly down the road carrying who knows what in a giant basket on their head stop to smile and wave, something that never happened in India. Though it is still impossible to do anything without a crowd, at least it is always a friendly one.

Because the roads are still closed, the cycling had been relaxing and stress free, but really hot by midday as well (crazy to realize this is winter for them). Because of the heat, I have found myself stopping early everyday, between noon and two, in order to spend the rest of the time in a river or in the shade reading. Since I plan to spend the next five months here, I don’t mind the slow pace of 50-80km/day I have been completing this past week.

Though I was invited in by a lady, I was desperate for a night in my tent, so I turned her down and found a nice spot by a stream. I was able to bathe and do laundry (both of which were much needed) in the lukewarm water, then spend the rest of the day reading and watching life go on around me. In the fields ahead were a group of young boys in charge of at least twenty cows. It was hilarious to watch the huge bulls try to escape to the other side as the small boys, no older than five or six, would menacingly chase them down swinging their sticks wildly. There was also a family who came by to fish in the stream using a tent looking net. Two women walked alongside the man holding the structure with two ropes of plants that they dragged through the water to scare the fish into the net. A few women and children came down to bathe as well, but for the most part, it was a pretty quiet day that led into an absolutely beautiful morning. 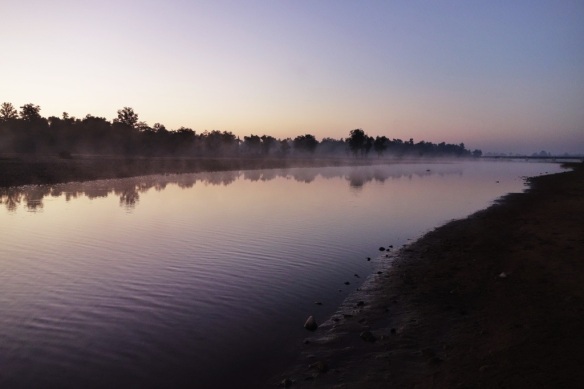 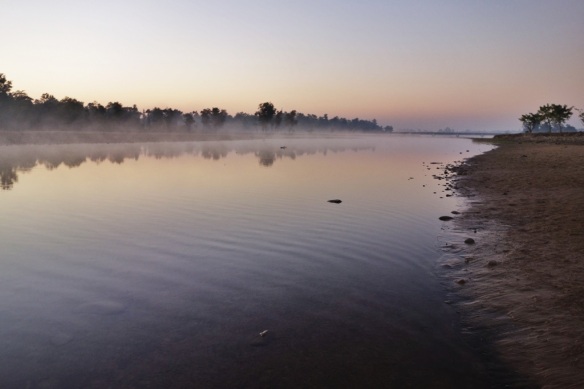 My favorite part of everyday is from 6 a.m. to 7 a.m. At six it is still dark, with only a hint of color on the horizon announcing a new day. By 6:20 a.m., the colors in the sky have intensified to include brilliant oranges, reds, and purples, but only for a few minutes, as once the sun peaks over the hills, the sky is filled with a blinding flash of yellow. Then, the intense early morning light shines onto the grass, making the small dew drops sparkle like diamonds. By seven, the sky is bright, as if night never happened, except for the early morning fog which has not yet had a chance to burn off.

After spending two nights in hotel rooms (for only three dollars a night it is hard to pass up), I was ready once again to meet some locals, so when a group of friendly Nepali women invited me to stay at their house, I happily accepted.

Oh, and have I mentioned I love Nepal?