After staying with a family for one night in one of the small farming villages — I asked to use their water pump and got invited in — I made my way up and down the hills to where I would begin my climb into the mountains. I spent a few days riding through a national park which meant my only companions were monkeys, as almost no one lives in the area. In fact, I would often go over an hour without seeing another person or car. When I did come to a village, it consisted of small mud houses with thatched roofs, and lots of goats, cows, and ox. It was the kind of place where little five year old girls could climb up a tree with no branches in order to cut limbs off of a tree fifty feet up for her goats. I thoroughly enjoyed the area, and stopped off whenever I could to buy a chocolate bar or a cup of tea in order to hang around for a bit. 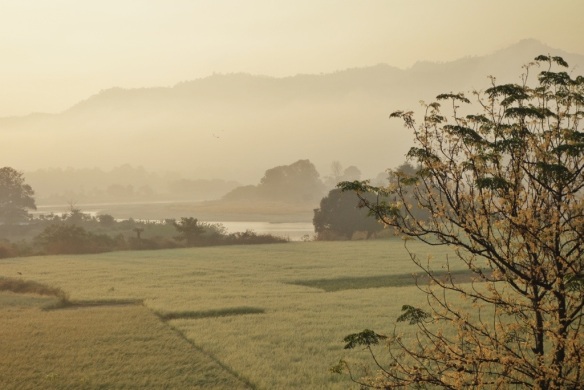 Then the road changed a bit as I started to climb through the hills. Instead of small mud houses, there were larger brick ones, and the road became a bit more busy, probably because there were a few cities (not just tiny villages as the last couple hundred kilometers have been). These cities closely resembled Indian cities: dirty, with garbage everywhere, and lots of little stalls selling anything you could think of. There were cars and buses beeping at all hours of the day and night, and people everywhere. Needless to say, I definitely missed the peace and quiet of the countryside. The people were a lot less curious through this area as well. That is not to say they weren’t friendly, I have yet to encounter a Nepali who was anything but kind to me, but I definitely didn’t attract the same kind of attention I did in the far west of the country. It was obvious that they were much more accustomed to seeing tourists. Even if the tourists don’t stop in these little towns, the locals see them go by in buses everyday.

In one of these cities I stayed in a guest house, a very dingy guest house to say the least. I had two options, the nicer looking hotel, or this small and obviously poor guest house. Though the nice one probably would have only cost me a dollar or so more (so it’s obviously not about the money), I decided to stay in the dilapidated one, with the flies, mosquitos, and a hint of mold, since I felt they needed my business more than their rich next door neighbor. They were a hard working family, from the crack of dawn until after sundown they were busy keeping their little restaurant alive. Even the children, who should have been in school, were working all day. Like most of the guest houses or hotels I have stayed in so far in Nepal, I doubt the rooms are used more than a few times a year. In a few of the hotels I have noticed that there are people living in the rooms, not passers-by, but people who use it as an apartment. 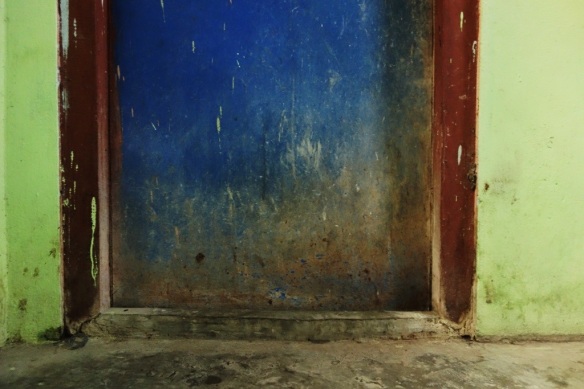 Though I don’t always pick the shabbiest place, I do make a conscious effort to buy from small fruit stands or stalls, and stay at the family owned places, because I feel my money is put to better use. Nothing bothers me more than handing over money to a rich business man when the family next door is starving (of course I haven’t met rich business men in Nepal, this was more the case in India). I also try not to haggle. Of course, if they are asking an outrageous price I will object, but I have found most Nepalis to be fair. And even if they do charge me extra, it is literally a matter of pennies, money they need much more than I do.

I then made it to the cut off I have been waiting for, the road to take me back into the Himalayas!