“When you stop doing things for fun you might as well be dead.” 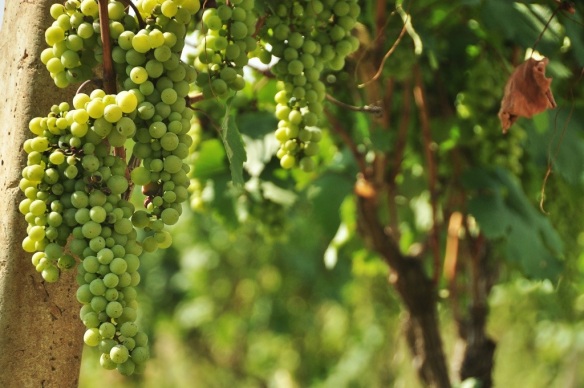 Though I have mentioned it many times already, wine in Georgia is an essential part of the Georgian culture and therefore deserves it’s own post. First, let’s start with the history. Wine making tools from over 4,000 years ago have been excavated here which means that Georgia does indeed have the earliest (found) records of wine making; though legend has it that wine making actually started much earlier than that, as early as 8,000 years ago. In any case, it’s definitely been part of their culture for a very long time.

Part of this stems from the fact that there are more than 400 different indigenous grape varieties (a greater diversity than anywhere else) throughout the country, 38 of which are used to make wine. The fermentation techniques used here in Georgia differ to the European techniques in a few ways as well. (As a little disclaimer, I actually know nothing about wine or how it’s made, so this is all just based on my research). In Georgia, some white wines are fermented with their skins on (giving an extra richer flavor), whereas in Europe the skins are always separated before this process begins. Likewise, the fermentation and ripening is processed here in a large clay barrel (giving the wine a more earthy taste) whereas in Europe this process is typically done in a wooden barrel. These large clay jars, called kvevri, were traditionally then placed underground for the winter.

But it’s not the amount of wine produced or the production process itself which interests me most, it’s the traditions and rituals that go along with every glass. At every picnic (or gathering of any kind) or whenever there is a guest over (meaning every time you are at someone’s house) Georgians will pull out their homemade wine and commence an evening of heavy drinking. This doesn’t just mean sipping on your wine nonchalantly during dinner though, drinking wine in Georgia is a process in and of itself. First someone makes sure that every glass is full before commencing a toast. Oftentimes these toasts turn into a “competitions” since each toaster tries to create a more eloquent, emotional, and poetic speech than the last. Then, everyone drinks their whole entire glass (like a shot but it’s the size of a normal glass) to that toast. We have been told by many that the Russians are “bad” since they don’t toast before they drink, a seemingly unthinkable action here since the toast is just as important as the wine itself. Though I haven’t learned the correct order, there always seems to be a toast dedicated to dead relatives, to their church (because everyone here is “religious”), to the whole world, and of course, to God (I’m not so sure He is so happy with this one though). This process is easily repeated ten to fifteen times a night meaning that by the end, if you have managed to keep up with the toasts, you are completely and utterly wasted. Hence the hundreds of road side memorials we have passed; unfortunately drinking and driving is still a common practice here.

Since Kevin and I qualify as “non-drinkers,” this whole process, which is repeated every time we met a new family, has turned into a difficult affair since we don’t want to drink yet we don’t want to offend them either. (They simply can’t understand that some people don’t drink, here everyone, even the young children, are made to participate in this tradition). It is harder for Kevin than it is for me. Though women do drink, being able to hold your alcohol is a sign of manliness and strength for the men so each time Kevin refuses a glass they assumed he was “weak.” Never the less, we have definitely enjoyed learning about the Georgian art of wine drinking during our stay, and it’s fascinating to us how alcohol, something neither of us grew up with, can play such a central role in a country’s culture.

1 thought on “The Art of Drinking Wine: A Georgian Tradition”