“But ever since he had been a child, he had wanted to know the world, and this was much more important to him than knowing god and learning about man’s sins.” 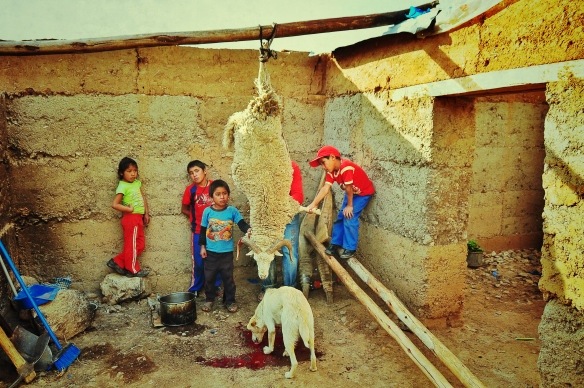 As we were walking down the street of a fairly large city I stopped to watch as an older gentleman who was selling chickens cut the throat of one of the flailing birds as a one year old child squatted beside it completely unperturbed sort of playing with its feathers. He watched as the man handed the now dead bird to his mother and got up to join her and the three dead birds they were taking home for dinner. Like most children here (and in the rest of the world) this little boy knows full well that the chicken on his plate came from the clucking animal he just saw die, a fact that I among most Americans choose to ignore at home with our daintily packaged meats that yield no clues that bacon use to oink, or that beef use to moo. 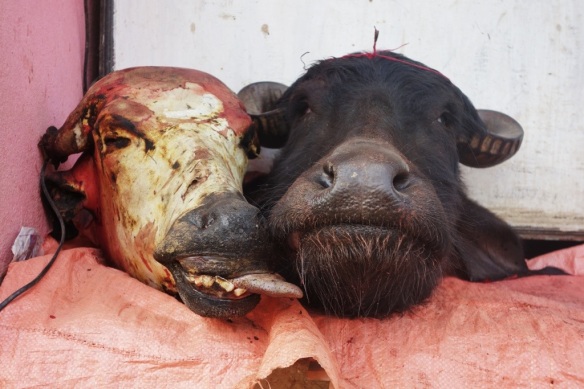 If you a vegetarian you have every right to be disgusted, but chances are, most of you cringing in your seats at the thought of a headless bleeding chicken have eaten one before. And therefore, one has been killed for you before. And therefore, you really have no right to turn away and ignore the fact that every time you eat meat, you are eating an animal. I’m not a vegetarian (though I don’t eat a whole lot of meat), and though I’m an avid animal lover and cuddler, seeing how animals are openly killed and displayed for sale (whole) in most of the world has been an important lesson to me in realizing, truly realizing, that meat does not come from a package. 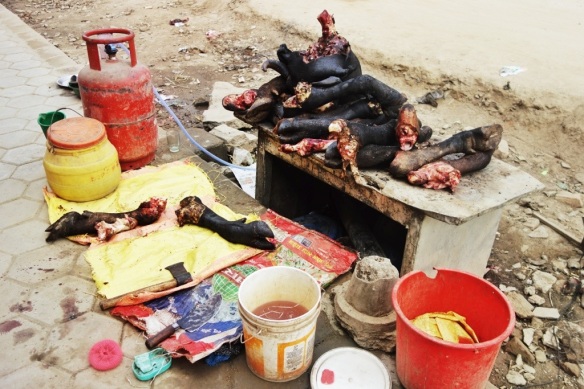 It’s also a lesson I want to take back home with me since once we arrive back in Oregon I plan to only eat meat that we kill – fish and crab that we catch, chickens that we raise, and deer that Kevin shoots with his bow – because I think it’s more environmentally friendly, more humane, and a good way to remember that every bite of meat you eat comes from an animal.

Dinner anyone? I know it’s horrible, but oh so true. What do you think a Turkish kebab is made from? 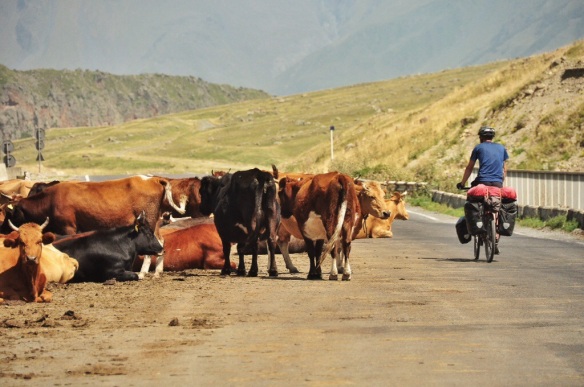 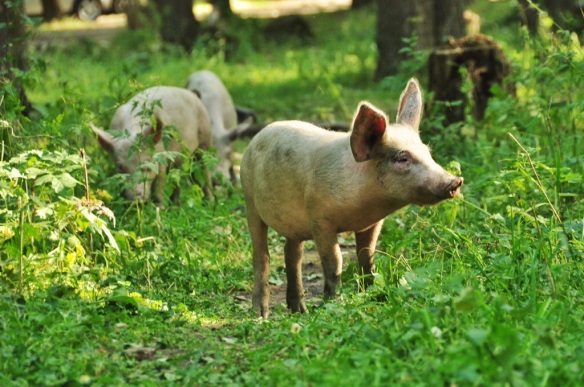 Since the blog is always a few weeks behind (due to inconsistent internet) feel free to find me on Facebook or on Instagram at @awanderingphoto where I give small updates and post recent pictures when I get wifi! Also, if you haven’t already noticed I’ve been slowly remodeling the site as we are now “The Wandering Nomads.” Make sure to check out The Nomads section, The Trip section, and The Solo Women section since those are the ones I have had time to update so far!

9 thoughts on “Your Bacon Use to Oink”