It was 2C but it felt a whole lot colder as we began to climb yet another small hill. We were soaked, absolutely soaked, and the chilly wind and pouring rain wasn’t helping one bit. We knew we had seventy kilometers to go until the largest city yet, Van, and since we knew we couldn’t camp inside such a large city (and since we were desperate for a shower and electricity to charge our electronics) we were going to try and find a cheap hotel to stay in for the night. I jokingly told Kevin that if an empty truck stopped to offer us a ride at any point (because we looked so pathetic) we would accept, and sure enough, that’s basically what happened.

A van with three Turks pulled over and invited us inside and less than an hour later we were driving through the city which would have taken us all day to reach by bike. They took us to their office (civil engineers) where we were invited to drink tea, hang out, and eventually, go home with one of his colleges; a twenty-four year old local who spoke impressive English.

When we arrived at his house we were greeted by his parents (dad works with electricity, mom is a housewife), his five brothers (aged ten to twenty-four, our guy was the oldest), and a few cousins who were hanging around. The bottom of their house is for the eight of them, while their uncle (and his family) live on the second floor, and on the third, another uncle and his family have their home. Oh, and guess who the neighbors are? Two other uncles and their families! Needless to say there were always dozens of people wandering around, drinking tea together, and hanging out. There was a little one year old girl who lived upstairs, and it was lovely to see how everyone, from the ten year old boy to the ninety year old grandma, took care of her; the saying “it takes a village to raise a child,” really still rings true here. We really loved this communal set up and the fact that family is so central to daily life, and we really wish this sort of extended family living set up was still common practice in the States.

We spent three lovely days and nights with the family, during which time we explored the city, helped around the house, and enjoyed our first Turkish snow day! Here is about half of the family, since everyone has a different schedule everyone was rarely all there at the same time. 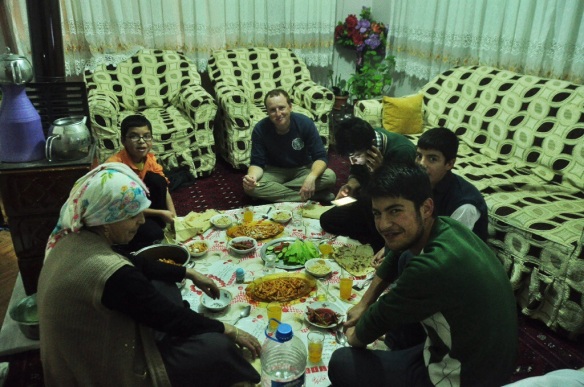 Here is the youngest boy who was extremely polite and awesome, and, as you can see, creative as he made a miniature version of our camp!

Our friend, Zeki, took us around the city and we visited a very old castle (from the ninth century BC!) which gave us a wonderful view of the large (500,000 inhabitants) city below. 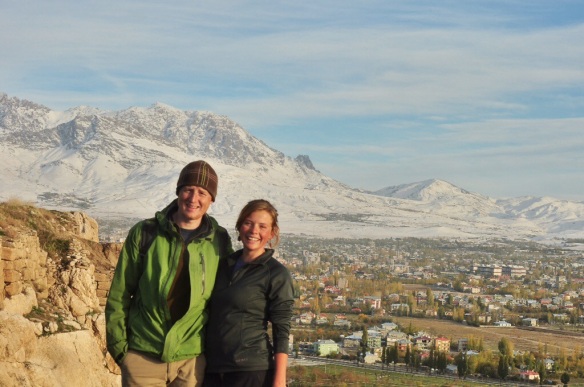 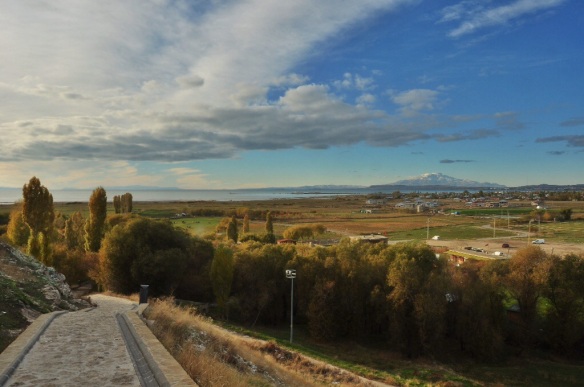 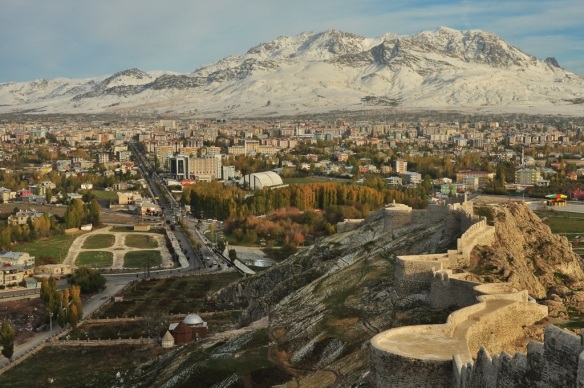 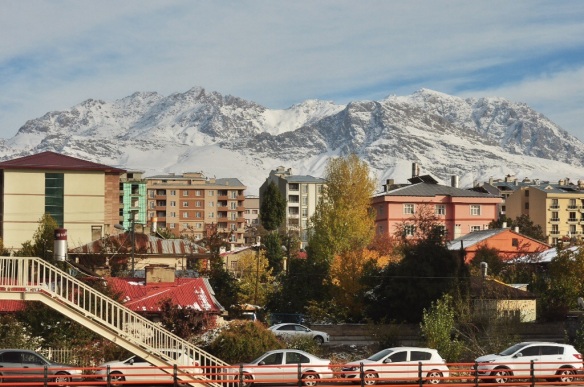 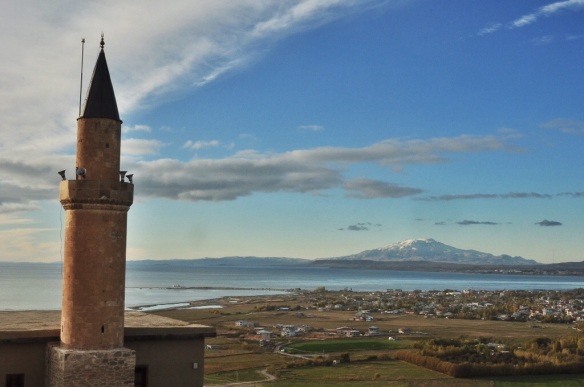 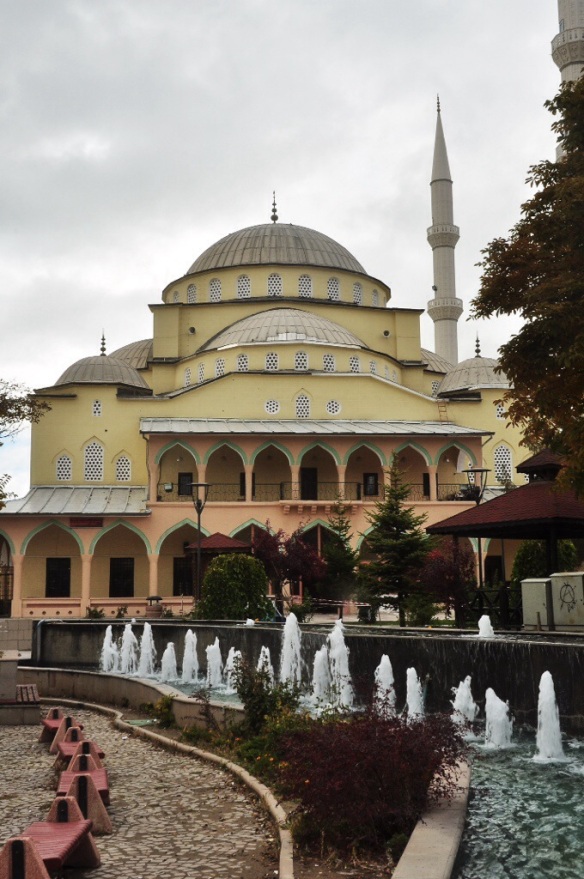 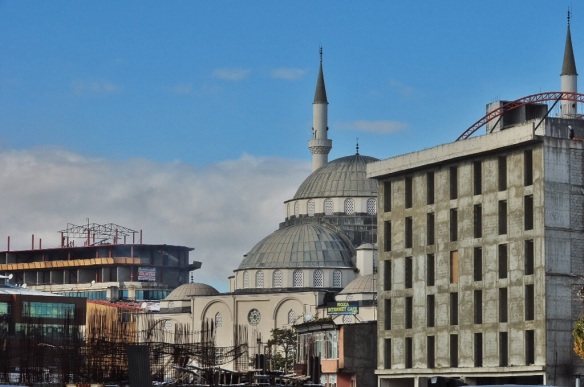 When we left the city (by ferry to cross the lake) the mother packed a lunch for us and sent us on our way with a whole bag of candies! We really enjoyed staying with this family as we really felt at home, plus, we got to eat lots of delicious homemade food (more about that later)! Thank you Zeki for inviting us back to your house!!

The approach was also beautiful as we cycled part way around the lake. 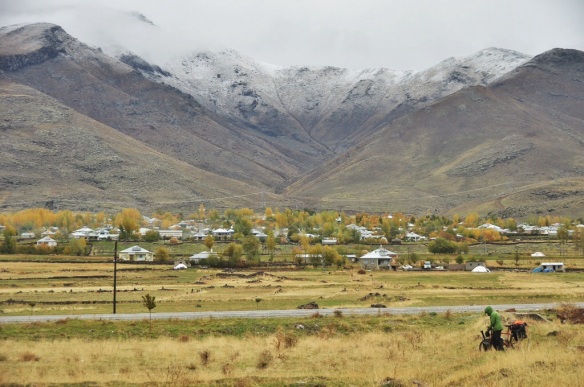 8 thoughts on “A Turkish Homestay: Living in Van”