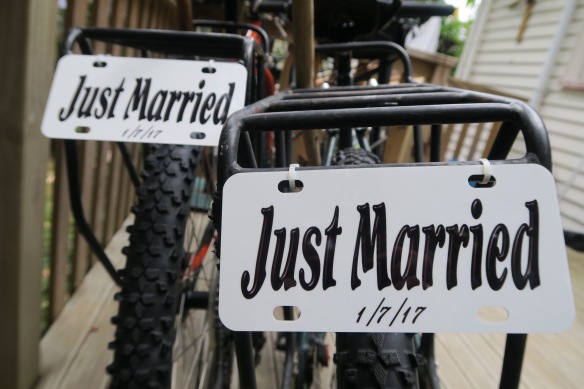 We arrived in Auckland with one less bag; a pannier with our stove and potset, my rain pants and jacket, as well as items such as our travel towel and my running shoes and light jacket. After two days with our warmshowers kiwi hosts, the airline still had no idea where the bag was so we decided to replace the essentials and start pedaling on anyways. Though over the years we have collected some of the highest end gear for cycling touring (such as our brand new Primus stove we bought after we finished our last trip), to replace our lost gear, we went to second hand shops. It was a good reminder that you don’t have to have the highest dollar items in order to make a tour work.

Our kiwi hosts have lent us a stove for this trip. They had picked it up for four dollars at a second hand shop during their last tour in Europe. 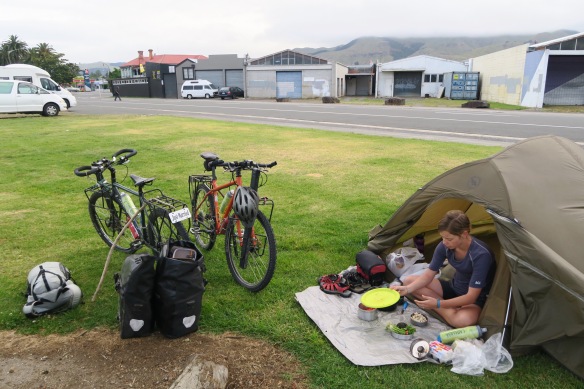 To replace my lost rain gear I bought an eight dollar poncho and fashioned a bungee cord around the waist to keep it on as I pedaled. 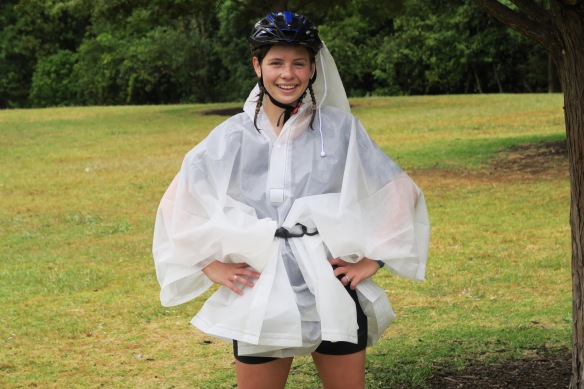 We did buy a new pannier (we think the guy marked it wrong because it was incredibly cheap!) – and if our old pannier ever does turn up, we plan to send it back to our wonderful kiwi hosts as a thank-you for helping us replace our lost gear. 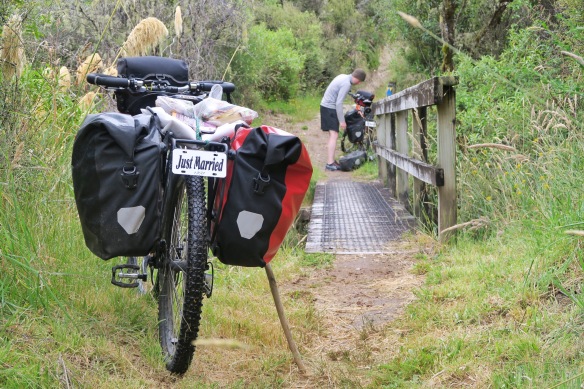 One of the most practical things we ended up buying was a container (with a lid) instead of a bowl. So far we have eaten our dinner left overs for lunch everyday and it has been amazing!
After cycling out of Auckland we spent the night on the coast before connecting up with a “rail trail,” a gravel biking route that followed old train tracks and proved to be very boring as it was completely flat and went through field, after field, after field of cows. 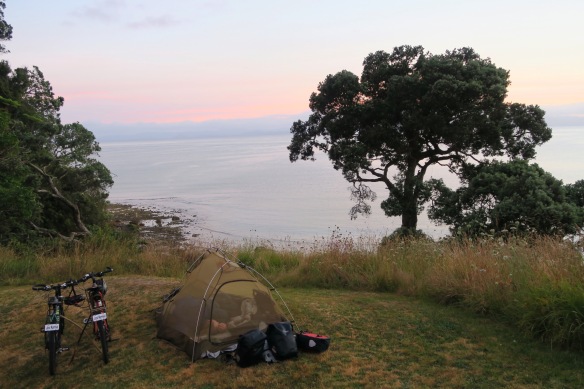 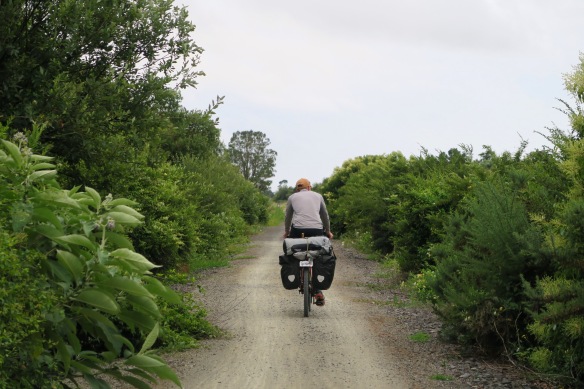 We then met up with a mountain bike trail which followed a river for 100km which made for some exciting biking and wonderful camping. 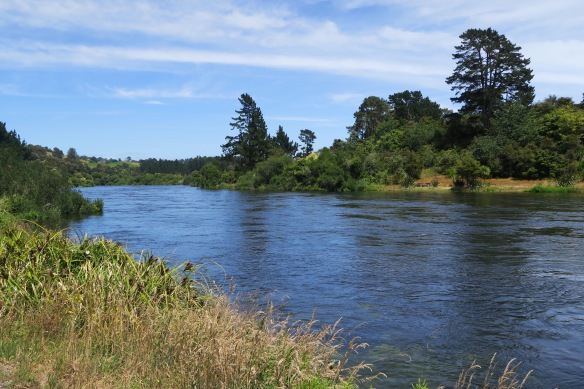 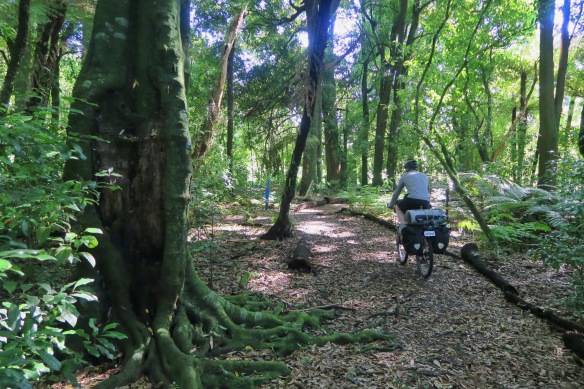 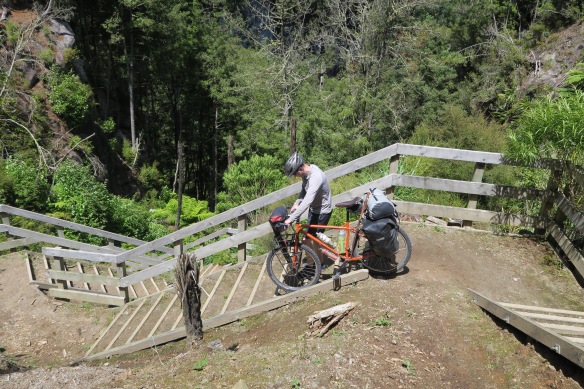 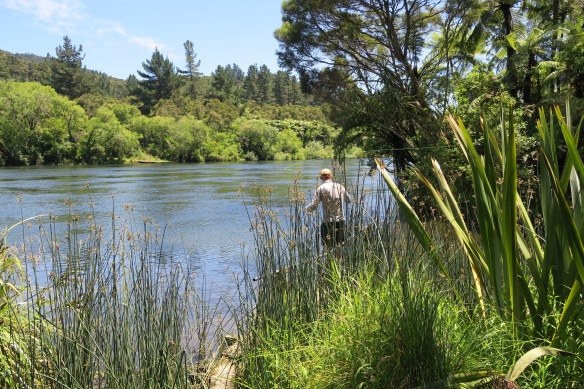 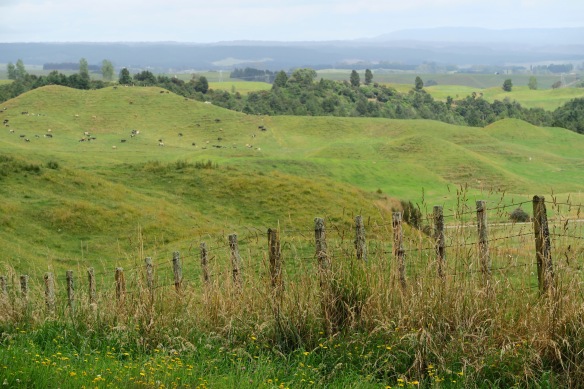 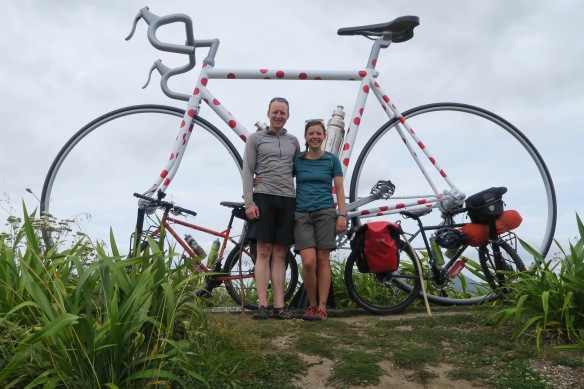 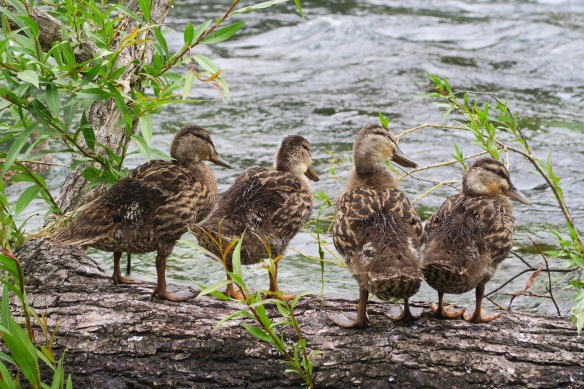 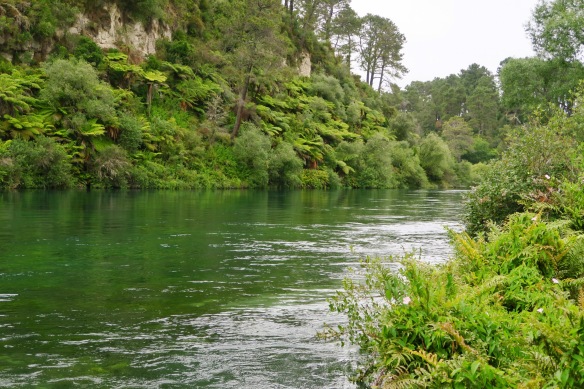 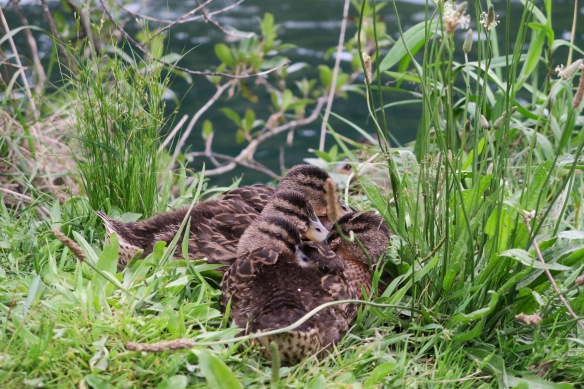 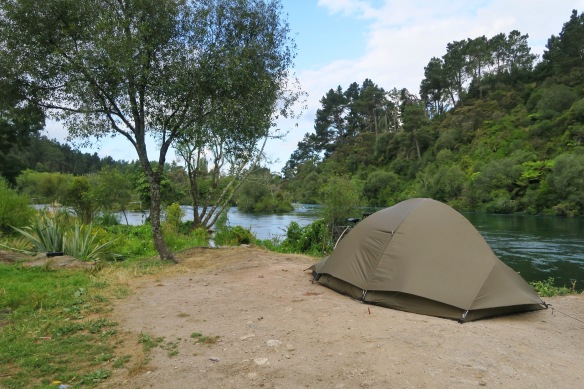 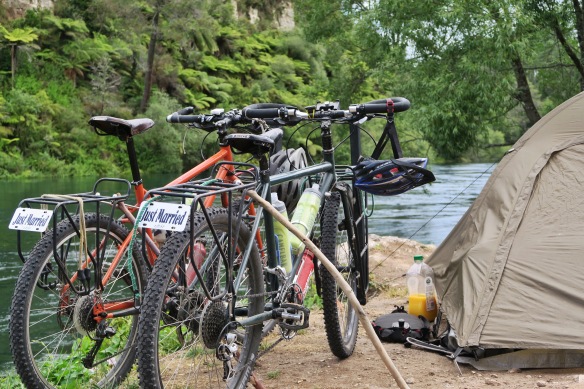 This video doesn’t capture how steep up (and down) this trail was in some sections… We are glad to be relatively lightweight this trip!

The highlight of our trip was far was an evening we spent wadding through a small perfect fly fishing river where we caught at least a dozen fish. 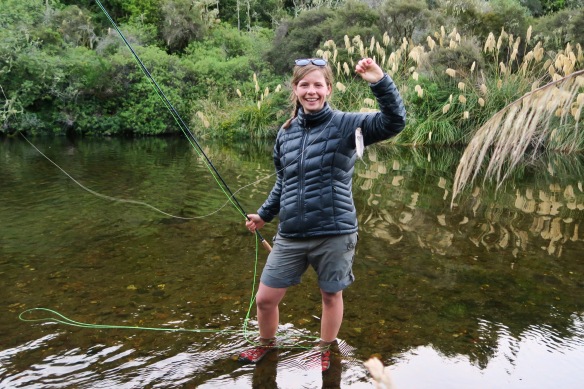 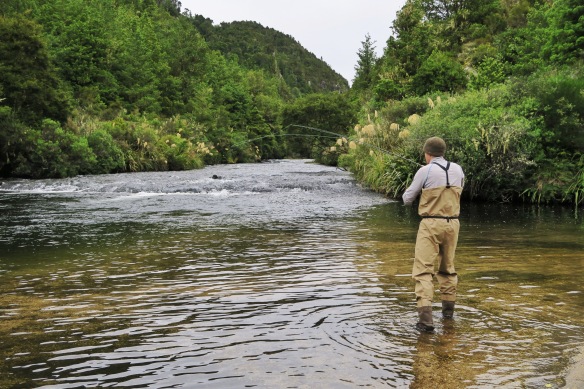 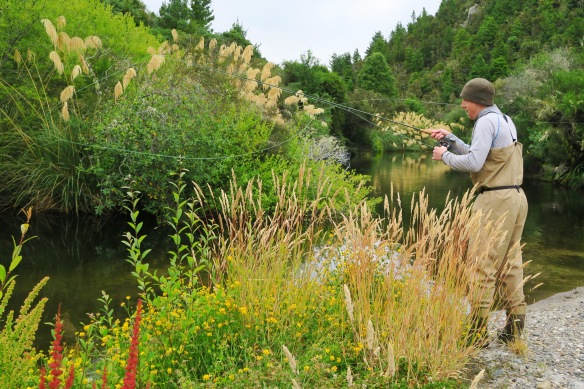 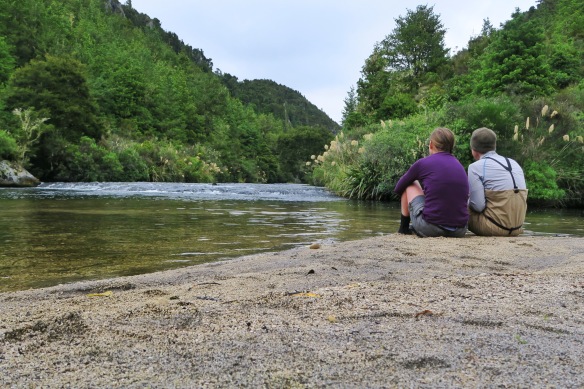 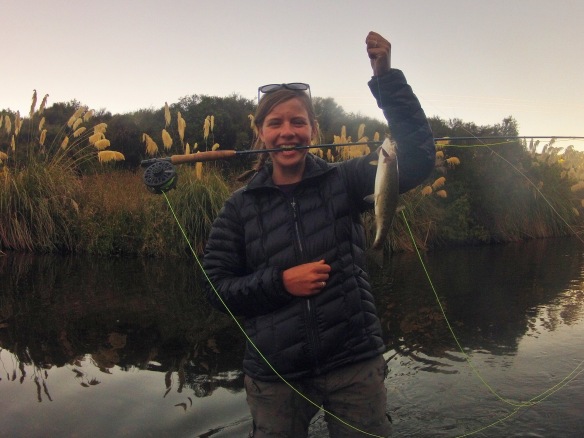 And, because the farm animals along this route (most notably the horses, cows, and sheep) have been hilariously entertaining, here is a quick video of me feeding a horse who was poking his head towards us in curiosity.

For more frequent updates and photos with stories feel free to find us on Facebook at The Wandering Nomdas.