When I visited Bolivia’s largest salt flat (which is also the largest in the world) four years ago by jeep I had no idea that I would someday return to cycle across it. In fact, I didn’t even know that was possible. For the first seventy kilometers we had to share the Salar with tourist jeeps which would speed by, and then flicker out of existence in a weird optical illusion sort of way. It was funny to watch all of the tourists, who looked like tiny cartoon stick figures, taking pictures on the horizon, though we were happy to have our bikes and independence in order to explore at our own speed. We arrived to an island 100km from Uyuni where there were dozens of jeeps, and since this marked the end of the road for them, it was where the fun began for us as we crossed the rest of the Salar completely alone. It took us two full days to cross the Salar, 150km of salt and about 190km of pedaling from one town to the next.

The cycling was easy but it got a bit boring after a while. Our entertainment included zooming towards every not white speck we saw on the ground within eyesight which usually ended up being a piece of trash or a dead bird.

Kevin cycling in the distance. 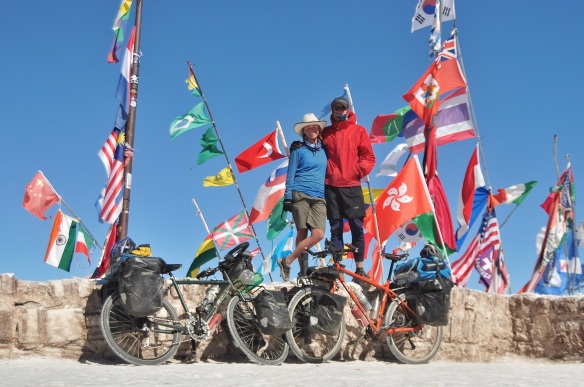 Kevin and I outside of the “salt hotel” which is ten km into the salt flat. 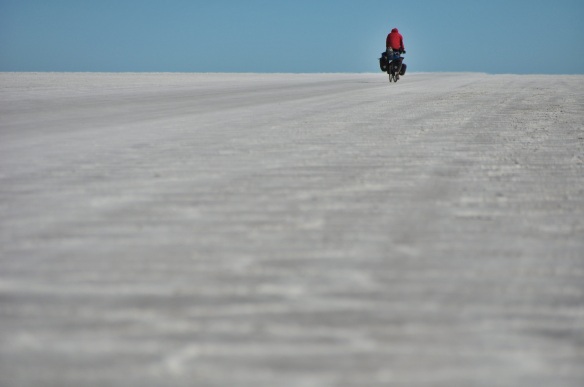 Kevin on the “road,” marked by worn out patches of salt. 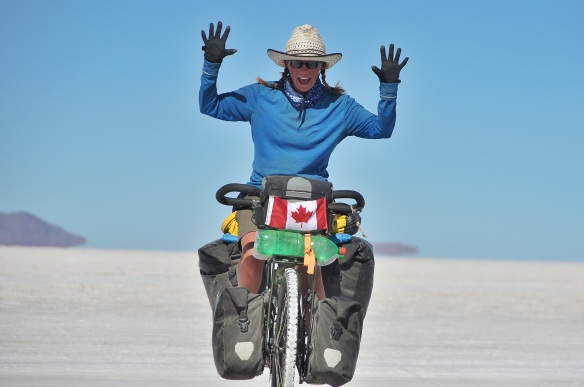 The jeeps didn’t all take the same road – road meaning path where the hexagons of salt are more worn out – so we mostly only saw them zooming by from far away.

The island which charges five dollars (that’s a lot for Bolivia, the equivalent of a room for the night, or three good market meals) just to step on. It’s a tourist trap which works as the jeeps all stop here. Instead, we went another twenty kilometers further to the next, even larger island which is exactly the same except it’s free and without people. 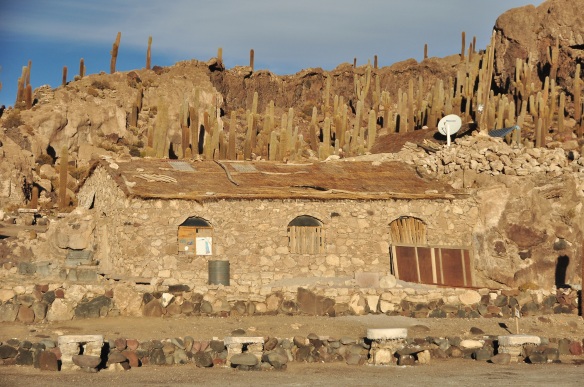 Island number one with a few tourist building (bathrooms, restaurant).

Island number two, which was all ours! 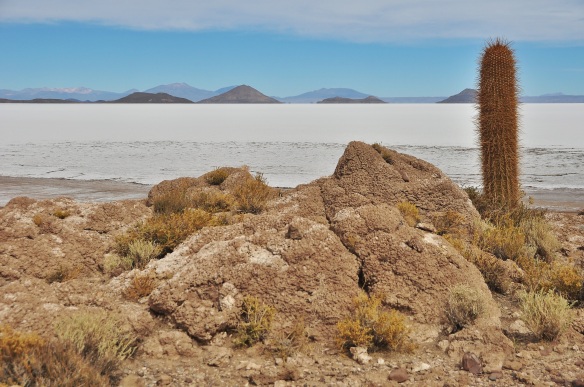 The island was covered with cacti.

Camping was by far the best part about the Salar. It was such a unique and isolated place to camp, where it’s just you, your tent, and a whole lot of stars! And salt. Of course, we can’t forget the salt.

Some of the best camping ever! 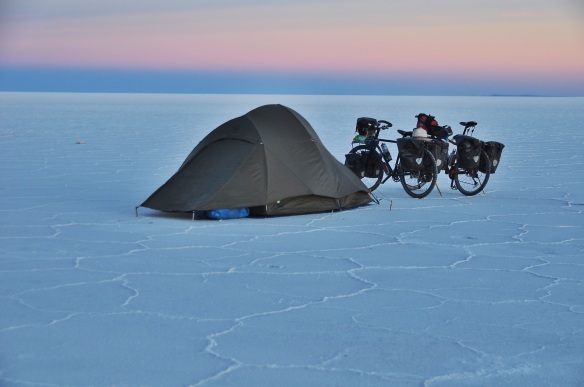 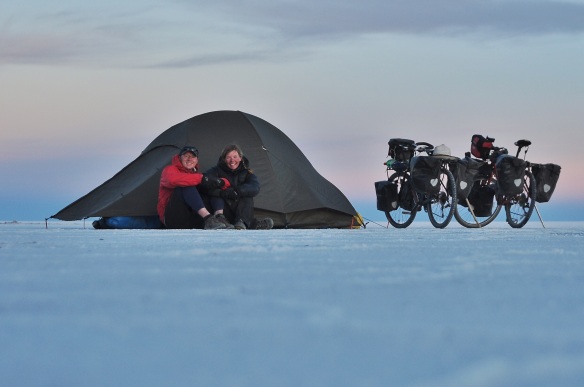 Us, our bikes, and our home!

After two days across the first Salar we ended up at a wonderful village which represented everything we love about Bolivia. It was a small clean village which had seen tourists before (other cyclists) and therefore wasn’t shocked by us, yet it wasn’t reliant upon tourism for its economy so the people were still friendly and honest, unlike in the tourist hot spots. We were able to get a local meal – soup, followed by a plate of chicken and noodles plus tea – at a “restaurant” (a lady with a small room with a few tables and chairs) where a toothless grinning man enthusiastically welcomed us to the village and told us about how tons of tourists go to this one island in the Salar (the one I mentioned above which charges) which he thought was so funny and interesting.

We spent the night in the village before heading off across 40km of sandy hell before reaching the next Salar. Check back in a few days for a post about it! 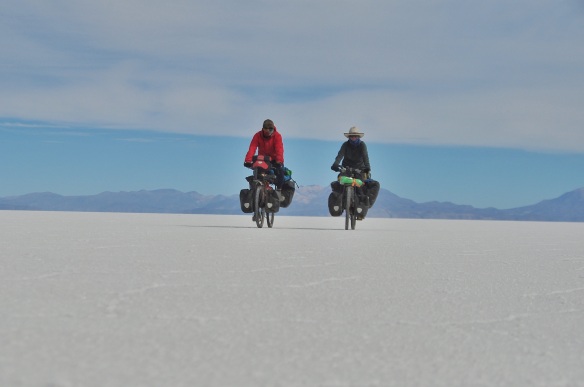 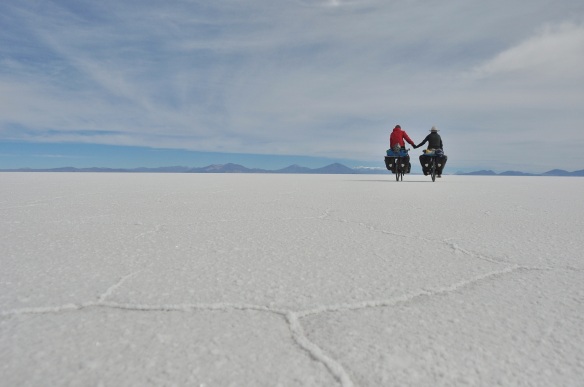 Pikes on Bikes technical details for this route: This route took place along the yellow line, through the first of two salars. We used our Garmin trekking GPS along with the Pikes GPS coordinates in order to find our way across.