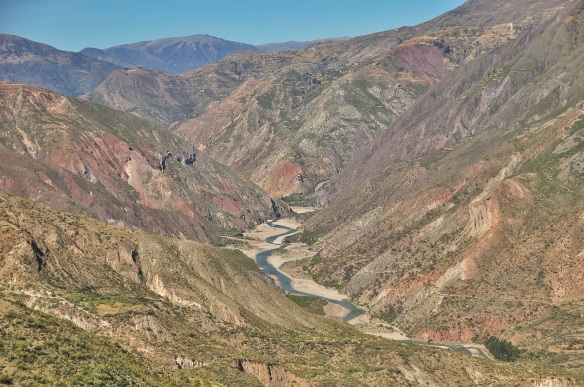 As we stopped to eat lunch at the top of our third and hardest pass yet we saw a few cows as well as a smiling traditionally dressed lady in her thirties coming up and over the other side. She was obviously surprised to see us “gringos” on this rarely used rocky mountainous road, and animatedly began asking us questions in Qetchwa. Once we explained that we only spoke Spanish, she smiled and then waved us over, motioning for us to bring over one of our plates to where she was opening up the large colorful blanket she carries as a bag on her back. She then scooped three huge scoops of, well, who knows what, from a steaming bucket full of white potato/quinoa/unknown grain/milk mush into our bowl before swinging her blanket back over her back in order to follow her cows back down the mountainside. Welcome to the Great Peruvian Divide; a network of small rocky roads which connect rural villages throughout the Andes where smiling toothless villagers stop to encourage you along your way as you fight for every kilometer as it’s always uphill. 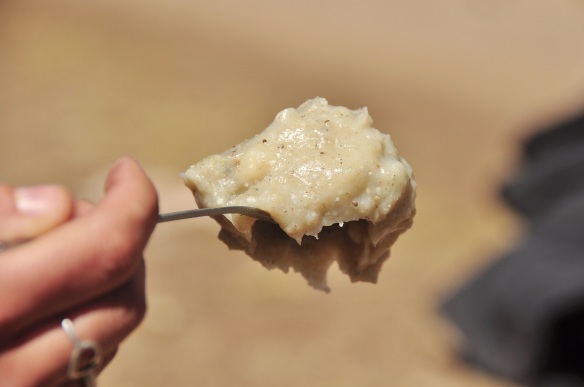 The people have been curious, friendly, and welcoming, the roads have been rough and steep, and the passes have been never ending… In short, it’s been everything we have ever dreamed of. In some ways, this region is extremely rural. Flushing toilets are rare if not inexistent, most of the people we encounter have never before seen tourists, and many of the villagers only speak Quetchwa. That being said, the valleys we have visited so far have also been surprisingly populated as there are quite a few farming communities and villages in pockets up and down these giants hills. It’s pretty amazing to see crazy switchbacks and farmed land across the river on the other mountains only to realize that the roads we are riding look exactly like the ones we see across the way. 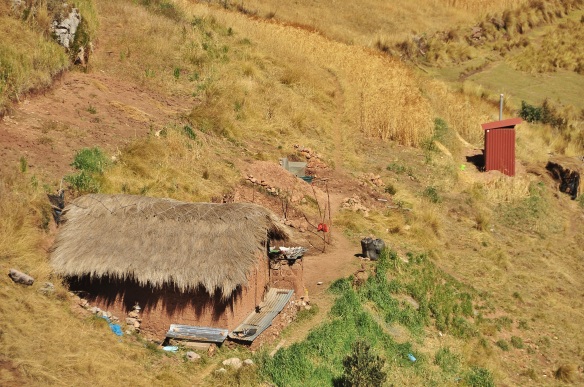 You can see the outhouse behind the house in this one.

This “route” is a network of small roads which connect varies villages and communities throughout the mountains. Sometimes the roads we were on were “main roads,” which saw a few cars a day, whereas other times we were on “roads” unfit for cars which are used by herders and their animals, as well as by those traveling by horseback. The roads so far have been steep and rocky – I actually had my very first fall a few days ago – so we are very happy to be going light as we simply wouldn’t be able to make it up these roads fully loaded. (For those who missed it, we sent our front bags forward with a bus company so we are traveling with just back panniers now). Unfortunately none of my pictures capture the dozens of switchbacks stacked one on top of the other so you will just have to imagine it! 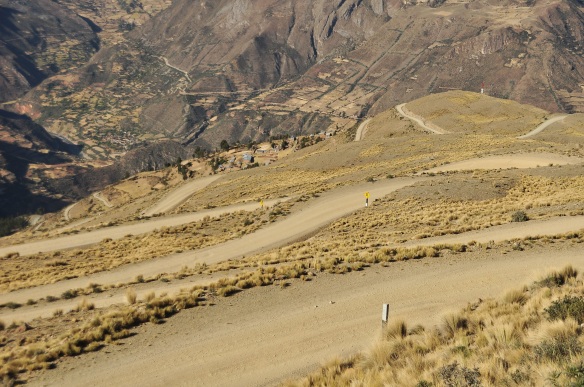 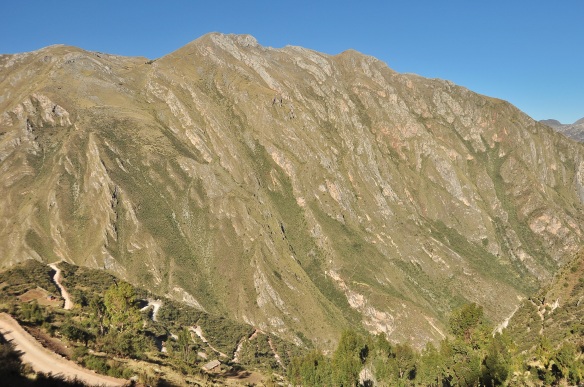 Sometimes the roads were so rough it was easier to simply ride on the grassy side where the animals usually walk.

As we approached the divide on a nicely paved road we road with a German cyclist we had met in Cusco who, on a whim, bought a bike in La Paz in order to finish the last month of his trip by bike as he was tired of hostel hopping and bussing. 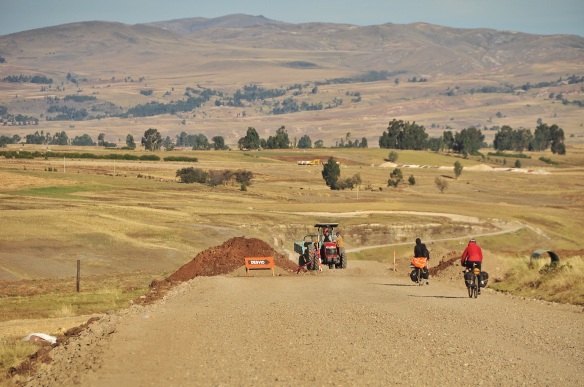 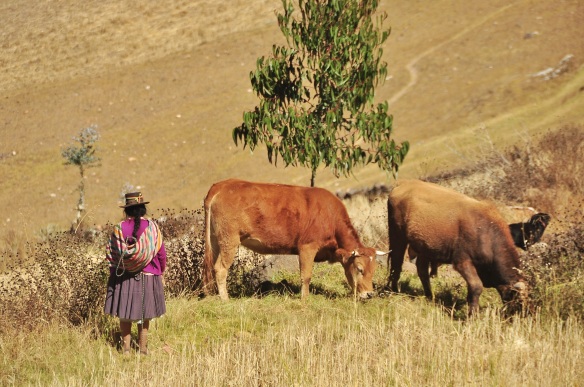 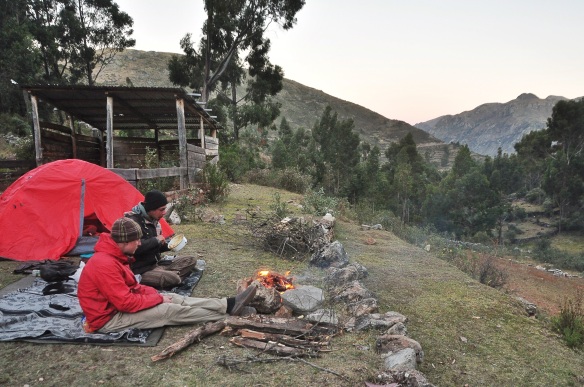 As I’ve spoken to more cows and sheep than humans this week, here are some funny stories from our furry friends. As we were climbing up a section of road which is very rarely (if ever) used by cars we saw a young couple on horseback leading their animals down the road. At first we thought three of the sheep were tied together with a rope which was funny enough, but as they passed, we realized that they had tied two (possibly naughty) sheep to a white furry dog who was leading them down the path. The other funny dog/sheep moment we encountered was when we saw a dog running away from a sheep who kept charging at him. It looked like the dog was trying to herd the animal back up the hill where the rest of his flock was grazing, but the older sheep wanted nothing to do with it and was smart enough not to simply run away but rather stand his ground. Kevin and I both decided that the sheep won as the dog ran off eventually and the sheep kept grazing where he was.

We didn’t begin at the Pikes on Bikes “official” start to this route (Santa Rosa) but instead meandered our way from Ayacucho up and down a lovely valley until we reached Vilcashuaman and then Cangallo halfway along the yellow route. We have also occasionally strayed from the Pikes route as there are often multiple roads which go different ways throughout the same region. (Make sure to read the elevation chart backwards as you follow our route since we are going the opposite way of the Pikes.) 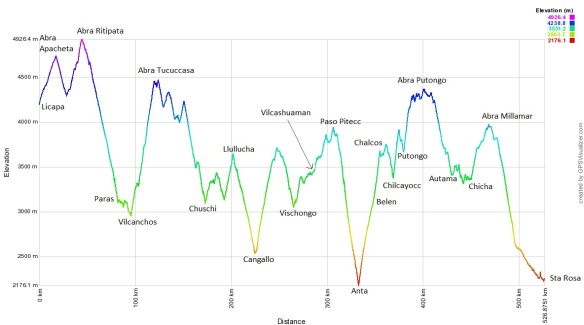